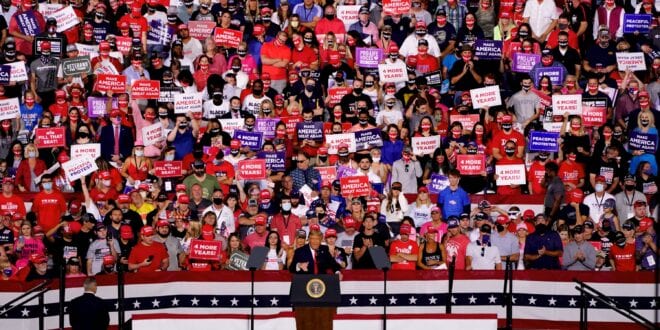 The leaders of Germany, France, the EU, Mexico and others react with horror at the totalitarian push by US Big Tech to completely shut down free speech.

This seems to be how the banning of president Trump and others is viewed the world over.

Not to mention that the United States looks like a complete Banana Republic to the rest of the world for allowing the current anarchy and chaos to continue.

The “greatest country in the world”? Hardly anymore.

It is a legitimate question: Why should we tolerate cheeky boys with a massive flair for totalitarianism, like Mark Zuckerberg, who a few years back sat at his dorm thinking up a project and now apparently believes he is the leader of the free world?

Who elected Zuckerberg to rule us all with brute force, deciding who is allowed to speak and who is not?

Merkel delivered her thoughts on Trump’s ban through her spokesman, Steffen Seibert, on Monday. Seibert told reporters that Twitter’s decision potentially undermined the “fundamental right” to freedom of speech.”

Banning state leaders, going totalitarian will end Big Tech: As many now are terminating their Twitter accounts, terminating Facebook and moving on to other platforms, dissent and plurality of opinion has been totally banished from Big Tech social media.

Looking at how Facebook now eliminates former presidential candidate, Dr. Ron Paul and denies him access to his own material, spells the beginning of the end of the Facebook era. One completely loses the wish to participate in Facebook activity after this.

While Trump is banned, radical Islamists and Chinese agents spewing negativity are not.

If Section 230 is changed, the Big Tech companies would crumble, and it is about time.

Banning state leaders, going totalitarian will end Big Tech: Writes Fox News: Section 230 of the Communications Decency Act of 1996 is under a harsh new spotlight in the wake of Google’s move to force conservative news site The Federalist to remove its comments section or risk being demonetized, and a new bill would stop tech giants from taking advantage of the controversial piece of legislation.

Section 230 states that “no provider or user of an interactive computer service shall be treated as the publisher or speaker of any information provided by another information content provider.”

The section has been pivotal in the rise of today’s social media giants by allowing not only Internet service providers –­ but also Google, Twitter, Facebook, YouTube and others –­ to be shielded from liability from content posted on their platforms by third parties, in most cases.

But some critics feel that Google should no longer benefit from protections of Section 230 if the tech giant will not extend the same protections to other sites.

“Section 230 was not intended to allow a handful of companies to grow into titans controlling vital avenues for our national discourse under the guise of promoting open forums for debate, and then to provide those behemoths blanket immunity when they use their power to censor content and silence viewpoints that they dislike,” the executive order stated.” End quote from Fox.