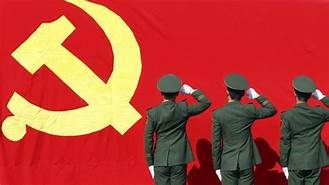 China is Winning the Economic Race with US – with Profound Consequences

Herland Report: China is Winning the Economic Race: The Harvard Belfer Center report, “The Great Economic Rivalry: China Vs. the US,” predicts that at the current rate China will overtake the US economically within a decade.

When it comes to trade, China has now displaced the US. “When this century began, China was knocking on the door of the WTO and the U.S. was the leading trading partner of most major economies.

Today, China has overtaken the U.S. to become the largest trading partner for nearly every major nation… by 2018, 130 countries traded more with China than they did with the U.S…..” — The Belfer Report.

China’s trade policies are not a matter of simply creating more wealth for China, but as with most things that China does, a way to increase China’s power and other countries’ dependency on it, writes columnist, lawyer and political analyst, Judith Bergman at Gatestone Institute.

China is Winning the Economic Race: Today, the U.S. is the world’s largest debtor; China is the largest creditor.

When it comes to manufacturing, China already displaced the US a decade ago.

“China is now the world’s largest manufacturer and exporter of scores of essential goods, including 90% of refined rare earth minerals, 80% of solar panels, 50% of computers, and 45% of electric vehicles.” — The Belfer Report.

Crucially, China is severely challenging the US when it comes to innovation…. In 2013, the US was the number one top innovating country, according to the Bloomberg Innovation Index, but by 2020, it was not even in the top 10, having fallen to number 11…. China’s laser-like focus on frontier technologies has positioned it to dominate races like 5G and AI in the future.

China is determined to see this development to its goal of becoming the dominant power in the world by 2049.

What this new world economic order means for the future is probably difficult to imagine for the many who have grown up with the US as the leading world power and the accompanying celebrated values of freedom, democracy, and capitalism, taken for granted by so many.

China’s economic rise and the US response — or lack of such — will determine the predominant values of the 21st century — will it be China’s authoritarianism and disregard for freedom, democracy, and human rights or those of the US and the West? Read the full article here.

Previous TV interview: Self-Determination for Europeans in Europe denied
Next Washington’s “Russia sanctions” are the best thing that ever happened to Russia, and the worst for Europe