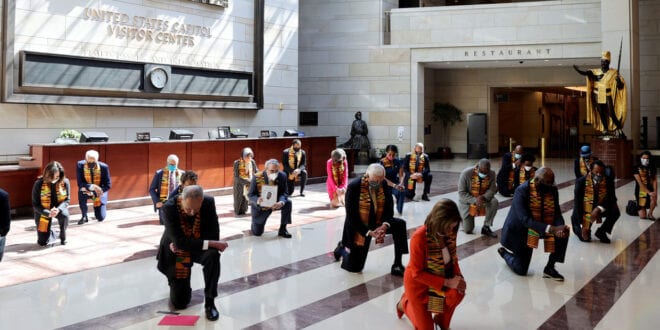 The midterm elections delivered to the American people a stark, stark message. This new Congress is entirely incapable of serving its constitutional role as the legislative branch of government because it functions as a mere appendage of Wall Street.

Appendage of Wall Street: The Republican and Democratic Parties have been reduced to play toys for billionaires and multinational corporations that carry out an intriguing puppet show for us, one that spins further and further away from any concern for citizens, and buries the Constitution and the rule of law in a shallow grave.

The unexpectedly strong showing of the Democratic Party, a criminal syndicate that pushed the deadly COVID19 vaccine on the American people in the largest act of genocide since the killing of the natives in the 18th and 19th centuries, was made for corporate TV, writes Emanuel Pastreich, president of the Asia Institute, a think tank with offices in Washington DC, Seoul, Tokyo and Hanoi. Pastreich also serves as director general of the Institute for Future Urban Environments.

Appendage of Wall Street: Everyone knows that although the Republican Party is just as corrupt and just beholden to corporate finance and militarists, that many citizens intended to vote Republican as a protest, if nothing else.

The election was clearly rigged, and both progressives and conservatives know this fact. The rigging of the tallies, and the contrived nail-biting final counts were but icing on the fascist cake.

This new Congress is entirely incapable of serving its constitutional role as the legislative branch of government because it functions as a mere appendage of Wall Street.

No one really cares if the politicians are red, or blue, or purple. We were fed an alternative between a globalist, techno-fascist, gender blending, identify politics covert operation run by BlackRock and Israeli private intelligence firms and a reactionary, isolationist, racist, and militarist FBI-led operation funded by Koch Industries, Lockheed Martin, and real estate speculators.

But as bad as that false choice may have been, it was not the worst part. It is clear now that global finance, in order to create enough of economic and political chaos in the United States to justify military rule is intentionally destroying our society, crushing all functional institutions, shutting down logistics and transportation, in a horrific betrayal of our citizens—that will reap great profits for premium investors.

Do not waste time gawking at the followers of Donald Trump. Leave them alone as they try to do their best.

Let us focus on the global investment banks and the handful of billionaires, American and otherwise, who lurk behind them. This Democrat Republican cultural identity show has gone far too far.

Appendage of Wall Street: The time has come to focus on class warfare, on the efforts of a tiny number of the super-rich to reduce the citizens of the United States, and of the world, to slavery so that they will be managed by AI, by robots and drones through elaborate geo-fencing and digital currency scams. None of that agenda was mentioned by the candidates that we voted for.

This is not the first time that we have fought against slavery in the United States.

What will the consequences of this election be? Increased political power for the Republican Party will most likely result in a further decline of rational debate but, at the same time, threats of globalism and of bio-fascism will receive a little more attention than under the Democrats.

Let me conclude by saying a few words about the military in the United States.

There can be no question that if this election did anything, it has completely discredited both of these so-called political parties and that the policies for congress will be fed to its portly inhabitants by lobbyists, bankers and intelligence operatives from abroad.

There is only one party, but grab a beer because this sure is one hell of a party!

Because the executive has been entirely outsourced to private contractors also controlled by global finance, and the judiciary has been stripped of all checks on external influence, in effect all three branches of government are rotten to the core.

What are the implications?

It means that in effect the only functional part of the government will be the military and that, at the same time, Wall Street will have no choice, facing looming hyperinflation, but to drive for a military economy using imagined threats from Russia and China as an excuse.

Why must we have a military economy? The answer is quite simple. We have been fed a lie that the stock market, money printing, and radical waste and overproduction are necessary for a healthy economy and for the good of citizens when in fact they are but tools used by the rich to exploit us all.

Now that the nation is in shambles, now that it is no longer possible to prop up growth with stock buybacks financed by money printing (that is quantitative easing and COVID relief for financial speculators) there is no longer a choice—even for Wall Street. The United States must turn to a planned economy to avoid massive losses for the speculators because money printing will no longer work.

But a planned economy is exactly what we need and the only planned economy the financiers can accept is a military planned economy. That means even more of a drive for war because only war can create the demand that is needed now that most of the economy has been reduced to a fraud, to a series of bogus numbers in cyberspace cooked up by Goldman Sachs and back up by private intelligence contractors.

Back to the military.

Appendage of Wall Street: Now that the Congress has been reduced to clown house, a house of mirrors for our amusement, the military is the only remaining part of the government that is functional, and, like it or not, its role in politics will only increase.

There is a profound paradox here. We need men and women of bravery to fight for justice and for the Constitution at home against the billionaires. Sadly, most intellectuals have run away in fear.

It is not a surprise that the military, where at least a few brave souls remain, would be the last part of the system to collapse. And we must appeal to the better angels of those within that system.

But the risk of sliding into world war so as to avoid exposing the devious machinations of the billionaires only increases every day. That is exactly how the First World War got started.

We must work with those brave souls in the military, and among citizens, who are ready to form a provisional government, to restore the Constitution, and to wash the bankers, the corporate lobbyists, and the pawns and pets of the billionaires, out of Washington D.C. without exception.

Previous Megathreats, deglobalization and the end of European greatness
Next The Problem with Japan and Shinzo Abe: Difficult to steer for the Billionaire Class