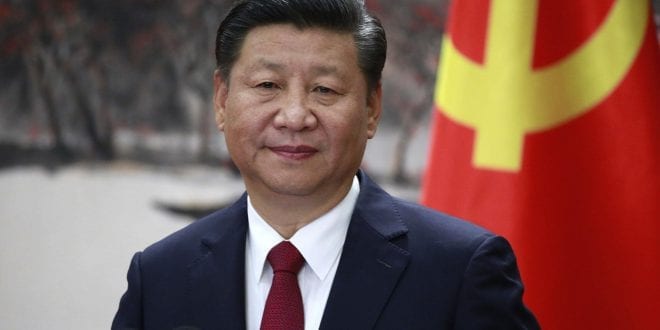 Herland Report: China’s Donald Trump, Xi Jinping has succeeded greatly. He was, just like Trump, the outsider who came to power. He introduced, just like Trump with “America first”, the economic focus on national growth rather than globalism.

With a focus on “China first,” 2020 was the year when China invested in itself rather than seeking markets elsewhere. China stopped going global, and rather focused on its own, domestic growth.

Which worked wonderfully for China, as 2020, according to FT, shows double digit growth for China and the recession of the century for the rest.

Xi did like Trump, shook things up and refused to leave office. It worked very well for China. Xi is reportedly at the center for a personality cult not seen since Mao Zedong. He is set to rule for life. Unlike Donald Trump.

Tom Clifford reporting from Beijing. writes: The fallout from the 2020 US presidential election is providing fascinating viewing in Beijing. Chinese president Xi Jinping would never boast publicly that he trumped the Donald but the small shots of Baiju to ward off the Beijing chill are being consumed in the leadership compound off Tiananmen Square with more relish than usual.

Of course there are differences between the two, not least in hair styles, but the similarities are also worth commenting on.

An outsider comes to power. Xi was originally meant to be premier to Li Keqiang who was meant to be president. But Xi was able to persuade the military that he was their man more than the “economist” Li.

Xi shook things up, refuses to leave office, (an option not available to Trump unless his diligent hair-dye dripping lawyers have reinterpreted the constitution in ways not attempted before) and prefers to have his country invest in itself rather than seek markets elsewhere.

Xi has abandoned “going global” for Chinese business and finance. Xi, instead, is, again you’ve guessed it, putting China first.

His policies have resulted in an extension of China’s state sector. Even the Belt and Road Initiative is now seen as primarily beneficial to large-scale state firms.

A personality cult, (much more effective than Donald’s), unseen since the days of Mao Zedong’s Little Red Book, is being fostered. By stripping term limits from the Chinese constitution, Xi has the right to rule for life.

Nor does Xi care much for global opinion as seen by his willingness to risk international condemnation to stamp out democratic values in Hong Kong. People outside of China still have difficulty is realizing how little the former British colony matters to people on the Chinese mainland.

Hong Kongers are simply viewed as ungrateful, they have liberties undreamt of on the mainland, and their economy is not as vital to China as it once was.

None of this excuses the dire state of human rights in China but the party has been able to claim, unchallenged because it controls the media, that the right to work is more important than the right to vote.

The job rate is national security. The party becomes less secure if the employment rate drops.

And China feels more secure now than it’s has done for centuries. And this is why the South China Sea is so important.

For the first time since Portuguese ships reached the Chinese coast five centuries ago, China is in command or believes it is in command of waters off its coast.

This means that Beijing views China as secure and the party is reaping the benefits of that.

One reason is sheer, old fashioned patriotism. But the other is that the military, long a byword for inefficiency and corruption, is being seen to deliver.

Without a shot being fired in anger, an era of unquestioned US dominance in Asia has drawn to a close. The coverage of the South China Sea militarization in the West has been about that, the military build-up. In China the coverage has been on the security aspect.

Xi’s ascent to power took place at a time when the West was largely distracted. Financial crises, Brexit, Trump. It seemed to have enough on its plate. The West does not know how to handle Xi. Handling the West is a dilemma the Chinese president and his advisors have not had to grapple with.

It can be sanctioned in the US but get trade deals in Europe. In reality, Beijing believes the West needs China more than China needs to change.

Xi feels emboldened. The West seems reluctant and dithering. You do not have to be a student of history to appreciate that this is a dangerous mix.