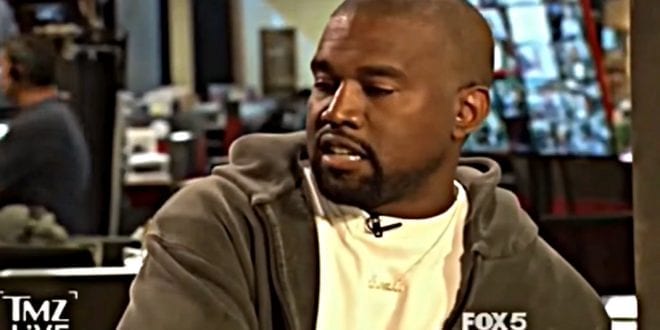 Kanye West: We are choosing to enslave people’s minds, not let the truth be free – TMZ

TMZ interviewer: I think that free thought is almost dead in this country.

That people are bullied into feeling a certain way and if you don’t believe what somebody else does, they will bully you and boycot you and try to kill you.

We are a country of intolerance right now, as long as we are so intolerant that we try to kill people that disagree with us, we are going to self-destruct and destroy ourselves.

Kanye West: People say “Feel free”, but they don’t really what us to feel free. It felt a freedom in doing something that everybody not to do. You can’t tell me what I am supposed to do or not.

It is the mob. The mob tries to tell you what to think, that all blacks should be Democrats in order to get food stamps.  My righteous point of view is free thought.

I have never been into politics, I just love Trump. So many rappers loves him, look at SnoopDog.

Trump is one of rap’s greatest favorites. It was an in-thing to put Trump in your rhyme.

There’s a laundry list about what Trump does now, well, Obama did some of that too.

Think about Obama. He was the opiate of our pain. He passified us. He pissed the Nazis off even more. I want to talk to the guys in Charlottesville on both sides.

People say feel free, but we don’t know how to think or feel free. Way what you feel. Say it, positive or negative.

People don’t think about how this is all connected to love.

I think that love conquers all. Love is the strongest force in the universe, and we need that right now.