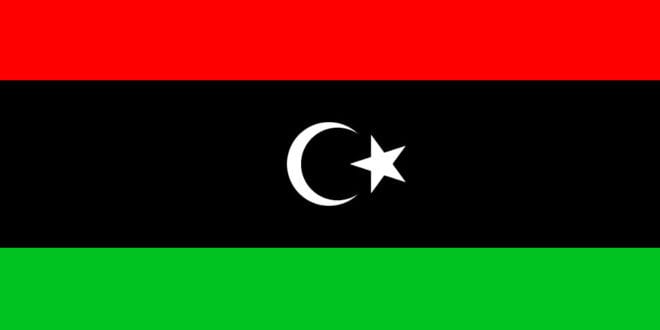 The unattainable dream of free and fair elections in Libya

There is a dream for many in so-called third world countries, that the Western form of democracy will lead to “free and fair elections in Libya,” also in the traditionally more authoritarian ruler region.

They hope that the Western system will bring development and civil liberties to their population. This is, of course, a very naive perseption. Africa should be well aware now that the aim is not to help Africa up, but to keep it down.

The upcoming elections in Libya – postponed again – are no exemption, as Libyans hope for “freedom and fairness”, not realizing that the mafia in the geopolitical power play will not allow that to happen.

The quest for control over Libyan oil and gas will fuel the conflict, not “the hope for peace”.

France, the UK and the EU have quite a hand into the matter of Libyan elections and the development in the country. The paradox, of course, being that Western elites seem bent on continuing to decide who is to rule Libya – the negation of “free and fair elections in Libya”.

The Western embarrassment being that the 2011 supported ousting of Muammar Gaddafi wasn’t exactly the success that the West was hoping for. The West has since been ridiculed the world over for its inability to bring peace to the nations into which internal affairs the US and allies often interfere.

It’s become quite an aching tooth to the EU and US, and yet another testament of the failing ability to provide justice and fairness to the foreign lands it aspires to control. Without the ability to provide some form of justice, any empire will gradually fall. It will loose its support among the ruled.

Ever since the Roman Empire, this has been a historical fact. As long as the empire provides some sort of protection, rights for its citizens, fairness and judges with some justice, infrastructure, possibility of business and peace, nations will choose to be under its dominion. Just watch the British Empire. When building roads in Africa, providing schools, creating universities, hospitals and building cities, many African protectorates remained loyal to the British.

Once the system deteriorated, and it became more and more all about British greed, exploitation, extraction of wealth and so on, the British Empire fell. An overly focus on greed never seems to pay off in the long run.

The father of modern conservatism in Britain, the philosopher and politician Edmund Burke, long warned against the British Empire suppressing the rights of the population in the colonies, warning that the British would loose their empire if this continued. As the Chinese wise man and military genius Sun Tzu stated: “The one with the moral high ground, will win the war.”

There simply is a limit to the injustice that may be done to the subordinates before the “German hordes will sack Rome”. Today, we are at such crossroads, as new empires are rising and the West slowly looses its dominion. In this perspective, Libya becomes ever more vital to study.

Although Qatar and other nations profited in the short run from Libyan oil, the national Libyan assets have seen massive looting as individuals, allegedly both British, French, Italian and Libyans have become very rich over night. The leaders in the West are very well aware of this, yet it is not halted or stopped, although the destruction of Libya is their responsibility.

With EU and the West pushing actively for the candidacy of field marshall Khalifa Haftar, who is a known CIA operative and an American citizen who for many years lived in the US. Why would the Libyans choose a foreigner to rule them, after having seen what the US and NATO did to their country in 2011? One may assume that “free and fair elections” is at best a dream that seldom comes to pass in foreign countries where the US and CIA is deeply involved?

Since Russia also further supports Haftar, it now seems clear that whoever is supported by the West and Russia “will win the elections in Libya”? Weary of war, the Russians seem not to choose more battlegrounds than the current in Syria. Look what happened to the Germans in WWII when they engaged both eastward and westward. Yet, everyone knows that the Western support for Faiez Serraj will not lead to peace.

Now, this is the issue and here we are at the core: The West does not support the candidature of Saif al-Islam Gaddafi. Neither does Russia. Yet, everyone knows that the people of Libya support by a 95% majority, Dr. Saif al Islam Ghadafi, as their leader.

He the second son of their past great leader Moammar Gadaffi. The numbers vary, another Libyan leader, speaking to France24 assess that two thirds of the Libyans support Saif al Islam Gaddafi. The tribes of Libya are quite united behind Saif al Islam’s candidature, they know how well Libya functioned under his father.

They also know that al Islam Gaddafi was educated for this purpose, drilled by his father to be the next in line to rule the country. The idea seem unbearable to the big Western mafia elites. Were Dr. Saif al-Islam Gaddafi to rule, it would humiliate France, Britain and the US even further.

Not to mention Hillary Clinton, the neo-con supporter who laughed so notoriously at the news of Muammar Gaddafi’s brutal death in the hands of what now seem to be Qatari soldiers, citing the Roman emperor, Julius Caesar by saying: “We came, we saw, he (Muammar Gaddafi) died“.

Regardless of whether the people support Gaddafi by two thirds or 90 % or 95 %, it still shows the will of the majority of the Libyans. Understandably enough, when one compares the current standard of living in war torn Libya to the situation in the country under the leadership of Gaddafi.

Previous Muslim Persecution of Christians 2019 – Raymond Ibrahim
Next TV interview: In a globalist world it is all about the money, says Tommy Hansen