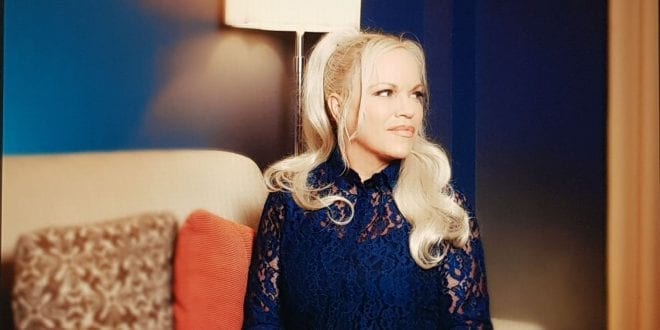 BREXIT comes because the EU forgot to defend Europeans

The EU leadership has scorned traditional European values, belittled Europe’s historical greatness and its past, forgotten about the European workers, left European culture to die silently.

This is why we now have Brexit and the EU falling apart. Congratulations to Boris Johnson and the United Kingdom upon leaving the EU today, January 31st, 2020.

This past week, the historic Brexit milestone deal was signed in London by UK prime minister, Boris Johnson. What a Churchillian moment for the prime minister, having fought for years for the implementation of the will of the people.

European leaders signed the agreement earlier the same day, it was then transported by train to London. The United Kingdom will officially leave the EU on January 31st, 2020.

And what a victory for the Conservatives who actually chose to respect democracy, as the British people voted in 2016 to leave the European Union, writes historian Hanne Herland in her regular column at World Net Daily, the largest conservative news outlet in the world.

The EU forgot to defend Europeans, says Hanne Nabintu Herland, who predicted Brexit long before the 2016 vote, precisely due to these trends.

When you fight for everyone else, and scorn your own, the people will lose the trust in the government.

Indigenous Europeans are today scorned, belittled, the white male demonized and told to shut up – and it all happens to them in their own EU countries, their own indigenous lands.

The leadership in Brussels are making sure everyone else is respected, but not the indigenous European voter. The anger is now at a remarkable boiling point, all over Europe.

Yet, the European Union elites were very happy about their steady collaboration with the Davos billionaires. That is where you find the billionaire’s toy girl, Greta Thunberg too. And it is a worldwide tendency for neo-Marxist socialists to team up with the 1 % richest capitalists in the world.

For there is no better way to control the people than to have a strong state dictating to all what is best for them, while the wealth quietly is amassed into the hands of even fewer individuals. Socialism, under the disguise of protecting the worker, provides the best political tool to gain control over a population with its elite.

All across Europe there is bitterness and growing resentment in the population as regional differences are not respected, but socialist group think and uniformity required of all.

Many feel that the scorn for conservative values, the traditions and ethics that once made Europe such a great civilization, must end.

And the media tends to go hand in hand with the radically socialist EU elites, it seems. We have been hearing for years how impossible it would be to allow the British people to get their Brexit.

The Leftwing UK media has frantically described how impossible a Brexit deal with the EU is, deeming Boris Johnson as a failure, hopeless, soon to resign. Instead, he won a landslide victory on December 12th, 2019.

The role of the media has dramatically changed in the West. Before, the ideal was for journalist to describe reality in a preferably more unbiased way, performing critical journalism and digging for corruption, lack of truth and misuse of power among the elites. For example, Watergate.

Ever since the transnational globalist corporations bought US media, now less than 6 corporations own more than 90 %, according to Business Insider.

The media has come to have a very new role as the propaganda channel for the will of our top globalist corporate owners. Which president Donald Trump, of course, is very aware of.

Since the globalist change began taking shape in the later years of the 1980’s, we have seen wealth amass in fewer and fewer hands. Oxfam now states that over 50 % of world wealth is in the hands of 62 individuals or less.

And people notice. The jobs and industries are gone, which a global elite profits from outsourcing as the wages are indefinitely lower in China.

Wealth is not redistributed and on top of it all, the West has implemented mass immigration. And almost none of the global corporations pay taxes to any given nation, as “the borderless society” is the goal.

Not only are the jobs outsourced, but the jobs for unskilled labor at home get taken by immigrants. Both processes benefit global owners, as wages drop everywhere.

The reenslavement of the working class. If anyone utters a word, he is instantly deemed a “racist, misogynist, old-fashioned” and so on.

Boris Johnson’s Churchillian moment makes him prime minister for so many of us. He is the one to fight for Great Britain.

The patriotic element is evident. The majority wants to strengthen Britain, not the elites in Brussels.

For too long, many have watched how the EU does not solve the problems on the continent: Illegal immigration, economic stagnation, a steadily weakened European civilization. The EU defended everyone else and Europeans are tired of being told to “shut up”.

Boris Johnson did not shut up. He fought the anti-democratic forces in the UK Parliament and won.

Herland Report wrote at the time: The power struggle between the EU globalists and the British people over who will rule Britain comes to an end. Let the British rule Great Britain!

Hanne Nabintu Herland is a bestselling historian of religions and bestselling author. She is the founder and host of The Herland Report Scandinavian news site, TV channel on YouTube and Podcasts which have millions of readers/viewers yearly. This is a great place to watch interviews with leading intellectuals, thought leaders, authors and activists from across the political spectrum – free from political correctness. The Herland Report believes in freedom of speech and its editorial policy resides above the traditional Left vs Right paradigm which we believe has lost its relevance and ability to describe the current driving forces in Western politics. Herland’s latest book, The Culture War. How the West lost its Greatness, is available in the USA and 60 countries world-wide. www.theherlandreport.com
Previous Vi trenger systemskifte fra partidiktatur mot direktedemokrati?
Next Memorandum on Libya, Fabrications against the State – Saif al-Islam Gaddafi