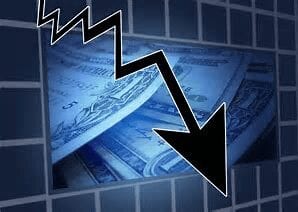 Herland Report, Hanne Nabintu Herland: The panic of Corona may be the very psychological element that brings about a major restructuring of international ownership.

60-80 % of the population will get the Corona virus, says British authorities.And 650 000 people die yearly of a regular influenza, according to the WHO, writes historian of comparative religions, author and founder of The Herland Report, Hanne Nabintu Herland.

So, why does the media push such panic over Corona, but not over regular flus that kill hundreds of thousands more?

The Corona has so far proven to deliver way fewer deaths than most other early influenzas, compared to Chinese numbers and US numbers as well as those of Italy. We will all get it, almost.

Yet, the psychology of the fear of Corona has so far produced the worst market crash since the 1980s or earlier. The media hype is key.

Corona is a light to medium flu, mostly dangerous to the elderly or those who already suffer from respiratory illnesses. Risk lies in the capacity of the heath service to handle respiratory complex treatment. The numbers will rise over the next weeks.

It is not a completely unknown virus anymore, the China numbers show 3199 dead and a total of 80 000 sick, 60 000 healed, with a peak of six to eight weeks. Considering the possibility of under reporting, we still have the other Asian examples, Korea for one.

The US numbers for yearly deaths due to regular flus are, as CNN reported in 2018 around 80 000 dead in the U.S. alone. The media did not mention that much at the time.

Who will profit from the Corona panic the next months as the economy plunges and massive bankruptcies require new owners and massive new liquidity to the market?

Corona panic may be the very psychological element that brings about a major restructuring of international ownership, as European bankruptcies the next months will nose dive across the economic spectrum and push Europe into a recession.

Two very different approaches to the Corona have emerged: The EU countries have chosen economic shut-down of nations on the continent, while the US and UK have a different approach where businesses and daily life is not stopped, with more targeted actions to protect people in the high risk groups, see below.

The economic decline, caused by the panic among European political leaders who respond by shutting down their nations economy, may be the very worst outcome, much worse than the Corona itself. Israeli scientists already claim the Corona vaccine is weeks away. Whoever owns that vaccine, is set to earn billions. Let us guess Bill Gates, who seems to be very thrilled that his much bespoken pandemic finally came. Or did it?

EU choses to shut down economies, why?

The Panic of Corona may be the element that brings about major restructuring of ownership: Take the Norway example, an almost total shut down of the economy may turn out to be the Conservative government’s all too quick response. It may prove to produce a much worse decline and economic recession than the virus itself.

The country has so far 3 deaths, all related to elderly individuals already weakened, who would probably die from any flu, said health authorities.

Yearly influenzas in Norway annually hospitalize around 5000 people and kill in average around 900 individuals, according to the National Health Institute, Folkehelseinstituttet FHI. (The page citing these numbers has since been deleted by FHI.) The season 2019-2020 has so far seen 61 000 diagnosed with a regular flu.

We heard nothing about this in the mainstream media, why the sudden massive panic now?

One of the reasons is the obvious fear of the unusual Sars virus Coronavirus COVID-19, and the capacity to handle the infected at hospitals. Yet, why choose panic shut-down of the whole economy, pushing the nation into massive further recession? The UK model is very different, see below.

At the moment, Norway is one of the hardest hit countries in Europe, adjusted to the size of the population. Its health authorities openly stating that this is a mild to medium flu, again, most dangerous to the elderly and those with already respiratory illnesses. They state that it will spread like wild fire, like most flus do, covering the broad part of the population.

The Norwegian government’s reaction has still been a total shut-down of the nation, and most importantly, effectively stopping the economic engine. Why? Due to panic? Who told them that was a good idea?

Do they not consider the economic later economic effects of acting in panic? Wouldn’t it be smarter to self quarantine people above 70 years and people in risk groups, boost capacity at hospitals and use more targeted actions? Yet, making sure that the national economy is not shut down.

In the Danish press conference this morning, the ministers referred to Norway’s choice of action as an example of what should be done. Understandably, they wish for no peak of illnesses, as hospitals cannot handle such a situation, as seen in Italy. Yet, again to what degree is economic shut-down the rational choice?

The Panic of Corona may be the element that brings about major restructuring of ownership:  The massive recession ahead all across Europe, brutally enhanced by EU government’s panic shut-down of economies, will result in catastrophic bankruptcies across the nations.

The result will, in a few months, be a massive wave of bankruptcies a massive shift of ownership as the back of the old businesses are broken.

As panic sets in among the leading politicians in EU Europe, precisely the shut-down of every day economies by closing shops and industries over a virus that has not caused even a tenth of the amount of deaths that Europe yearly experiences, this may prove to be a very irresponsible political action.

Down the line, we may experience yet again in EU Europe that the poor quality of our political leaders and lack of comprehensive responsibility for the well-being of the population is what brings us into recession.

UK and US different strategy, keep business as usual

The Panic of Corona may be the element that brings about major restructuring of ownership:  So far, the US and UK have chosen another approach to the crisis. Only in the UK and the US, business still goes on as usual and the national emergency plans focus on the most endangered, on equipping hospitals, on tips to avoid contact.

Yet, the total shut-down seen in the EU and for example Norway, is not the way the UK treats the virus.

The US and reports on the UK prime minister, Boris Johnson’s assessment seem coordinated in response to the virus. Johnson prescribes caution and the need to consider avoiding plunging the country into even deeper troubles.

The UK is not as hardly hit by Corona yet as mainland EU Europe, which may change in the weeks to come and the approach likewise.

Yet, president Trump stated on Twitter that people should recall that the deaths so far are not in any shape or form comparable to regular flus.

He received, in its routine, heavy backlash from the mainstream media on his comments, the very US press who have pushed the panic to extreme levels.

The number of Corona deaths could, of course rise to massive counts. Yet, China has been through the curve and demobilizing field hospitals as of now.  Pr. March 15th, China reports a total of 80.849 sick from Corona, 3.199 dead and 66.931 recovered.

The China example demonstrates that the virus peak of six to eight weeks now over, China closing down its field hospitals and sending it to other countries in need. Such as Italy. It constitutes an indicator of the spread and containment pattern.

In parallell, the US numbers for yearly deaths due to regular flus are, as CNN reported in 2018 around 80 000 dead. This constitutes approximately the same number as China reports contracted for individuals with Corona.

Again, why has the mainstream media not covered with the same panic these yearly flus?