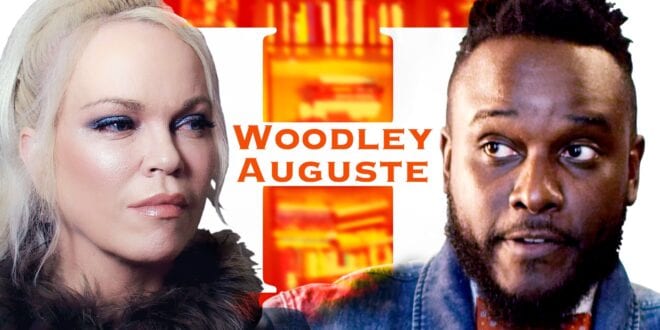 The Herland Report TV (HTV): Hanne Nabintu Herland speaks to the American PR guru, Woodley Auguste about Identity Politics and how racial awareness weakens the US.

“In America, we no longer simply say “I am an American”. It’s more about race now, that is the problem,” says the founder of a U.S. based public relations and marketing consultancy, Woodley Auguste, featuring programs on racism and tribalism in America.

We are in a number of Herland Report TV programs discussing the state of affairs in the United States, among our guests are Bishop Harry Jackson, Dr. Reginald Davis, reverend Kirbyjon Caldwell.

He states: “What’s taking place is that we have seen in just the past 10 years a real pivot from the values of American exceptionalism. Many of those things that have been integrated into society where we once thought we have arrived at the pinnacle of post racism, where we now have a black president, President Obama, and that there was going to somehow become a utopia and we have all realized as they say here in the US, the emperor has no clothes.

“It’s a fallacy. There are many problems that are present and now people are much more cognizant of that because unfortunately, those problems are beginning to surface all the more, where there is a level of unrest and distrust for not just political office, but also the media. The things that we are hearing where there is a political correctness where it is taboo to say and speak truth.”

Not all views represent that of The Herland Report editorial policy, but we do believe in plurality, diversity and free discussing in non-censored conversations, both in the articles presented as well as on our TV Channel. This site offers factual information and viewpoints that might be useful in arriving at an understanding of the events of our time. We believe that the information comes from reliable sources, but cannot guarantee the information to be free of mistakes and incorrect interpretations.