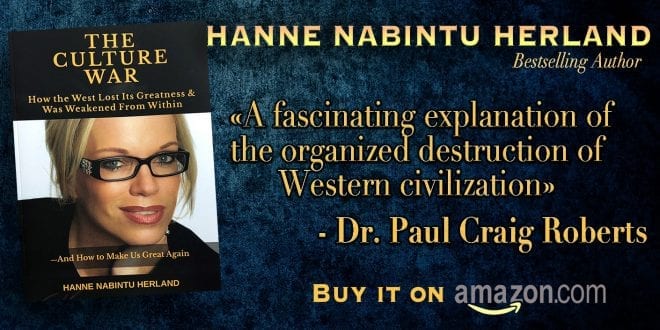 Just as capitalism won the battle as the ruling economic model, the extreme liberals won the social revolution in the West.

Radical new elites have broken down historical values in order to create a new world order with new sets of ethics.

They have pushed for strong anti-traditionalist and globalised world views, and the current establishment now dominates the public through tight control over the media.

The Culture War outlines the history of how the West changed its value system, removed its traditional values, went from respecting Christianity to despising it.

The book outlines many of the arguments of leading philosophers and professors, to give comprehensive insight into how the demoralization process in the West actually happened, causing its current dramatic decline. The book is a forceful attack on the Liberal ideologies that have permeated Western culture and weakened its very core.

So, how are we to restore the values that once made the West such a great civilization? Read below.

“The Herland Report in Scandinavia is a good source of information and thoughtful comment from around the world.  Most of the articles are in English.”

“You would find Hanne Herland’s book,  The Culture War, a fascinating explanation of the organized destruction of Western civilization.”

Which values will restore Western greatness?

The Culture War: Fascinating explanation of the organized destruction of Western civilization: Great Britain’s ground breaking Conservative philosopher Edmund Burke is considered to be the father of modern conservatism. He lived during the time of the French Revolution and watched the tragedy of anarchy and civilian suffering take place in France.

He spent much of his life explaining why it is important to maintain political and moral traditions, precisely those which made the West a great civilization.

He spoke of individualism’s emphasis on independence and opportunities for all, the value ​of equality, law and order, as well as the Protestant work ethic – the culture of conscience.

The Conservative movement he represented suggested that society needs to maintain laws and regulations, and not too easily fall prey to the passionate call for revolutions.

They spoke of the need for moderate reform in order to avoid the type of anarchy that was plaguing the French.

Many believed that to keep a certain order is necessary since man has an inherent tendency to exploit others to his own benefit. Man needs to control his selfish desires, whether he is rich or poor, among the elites or among the suppressed, regardless of gender and ethnic background.

Hence the need for an ethical foundation of society to firmly establish respect for the natural diversity which exists in any given society. The goal was to avoid civil war, anarchy and ensure the right of the individual to live in a society where his welfare was protected and transgressors punished.

The Culture War: Fascinating explanation of the organized destruction of Western civilization: This would lead to prosperity and stability, Burke said. Within the framework of law and order, he sought to reform society gradually rather than rapidly, and stop the abuse of power without heading towards civil war. Until the day he died, he advocated that change is not always for the better.

According to Ian Harris, in The Cambridge Companion to Edmund Burke, Burke firmly believed that religion is one of the main foundational pillars of society.

He criticized atheism and maintained that Christianity was vital to maintain in order to push for social progress, both for man’s soul on the personal level, as well as for political arrangements and the preservation of constitutional and civil liberties.

© Copyright 2020 The Herland Report. Permission to reprint in whole or in part is gladly granted, provided full credit and a live link are given.

Previous US and NATO in Iraq is All About the Oil
Next Nerdrum School Nic Thurman on Memorosa Group, Edvard Munch’s Decline