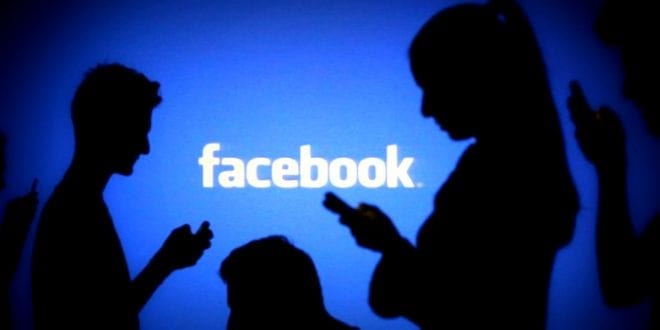 Authoritarian control on Facebook: How to ruin your own empire

Herland Report: Tolerance by definition signifies respect for disagreement. Wildly diverging opinions mark a tolerant debate where all the pieces of information are discussed. Freedom of speech implies maximum tolerance for a variety of viewpoints.

But not among the modern day Liberal Left. They detest freedom and have implemented the totalitarian clampdown on both tolerance and free speech.

The movement towards Orwellian censorship in various online platforms such as Amazon, Facebook, Twitter and Google seem to steadily gain momentum. Since 2017, The Herland Report has been subjected to heavy shadow banning by Facebook, 2019 has been a year where we almost have not reached anyone on Facebook and very limited reach on Twitter.

The state is to control us all and free speech is only for those who agree with the Liberal gospel of hedonism and free sex, writes historian and author, Hanne Nabintu Herland in her weekly column at World Net Daily, one of America’s leading conservative news outlets.

When facing mainstream censorship, one could, at least online, discuss perspectives of truth that are taboo and omitted from the politicized Western public discourse. Yet, over the past years,  we have seen disturbing totalitarian signs from the controllers of social media, giants such as Facebook and Twitter.

For some reason, Facebook now thinks that the remedy to mistrust is to add the same kind of Liberal censorship that everyone hates in the mainstream media. The aim is apparently to lose even more of its former fans? Since 2017, The Herland Report has been subjected to heavy shadow banning by Facebook, 2019 has been a year where we almost have not reached anyone on Facebook.

In Norway, it is the mainstream media owned, Faktisk agency that partly control the censorship on Norwegian Facebook pages. The censorship structure is funded, as Ron Paul has pointed out, by George Soros money and other socialist-globalist-capitalists.

Still, our audience has grown massively in the same time period. One can but imagine the reach was it not for the almost total censorship control now administered by the mainstream media’s own watchdogs, in the case of Norway, Faktisk.no.

Once mainstream media owned Faktisk Agency flags a page as “fake news”, the visibility may drop up to 80 %, as this article explains.

They portray conservative speech in the most offensive way possible to scare people from identifying as conservatives. All the words that apply to themselves – racist, sexist, bigoted – they transfer to conservatives in order to deflect from their own prejudicial views.”

The mainstream media has reflected this kind of illiberal and intolerant bigotry for years. Yet, for a brief moment some hoped for social media freedom in the West.

When facing mainstream censorship, one could before, at least online, discuss perspectives of truth that are taboo and omitted from the politicized Western public discourse. But the past years, this has changed dramatically.

Facebook has struggled. The allegation of Russian meddling, then violating the privacy act and leaking personal information of tens of millions. The company’s stocks plummeting, millions deleting their accounts.

For some reason, Facebook now thinks that the remedy to mistrust is to add the same kind of Liberal censorship that everyone hates in the mainstream media. The aim is apparently to lose even more of its former fans?

The past year we have seen what many believe to be the clamping down on Christians, Muslims, conservatives, anti-war activists and those critical of Islam in the West.

When under the pretext of de-platforming hate speech, one ends up removing “those voices Liberals do not like,” we are worryingly close to shutting down free speech in social media. And Facebook joins the mainstream media as the non-trusted.

A recent survey showed that two thirds of Americans and almost 80 % among the British do not believe that the media speaks the truth.

Maybe not strange, considering revelation after revelation of dishonesty. For example CNN, collaborating with known Al-Qaida officials or the undercover tapings of a CNN producer saying that CNN knew well that the Russiagate story was a phony, but only used it to get good ratings.

Another CNN producer notoriously stated that the “American voters are stupid as **it.” Needless to say, these attitudes display a remarkably dishonest and unethical attitudes with remarkably low respect for democracy, that seem to permeate the CNN structures. Whether the stories are true or not does not matter much, as long as it gives CNN good ratings?

Not to mention the sneaky algorithms attempt to control your behaviour. As Facebook figured out how to make money on the platform, the increasing amount of algorithms began clogging up the simplicity that we all loved.

Facebook was the alternative to mainstream Liberal terror, now they are a part of precisely that which we hate.

And the one million attempts to make you “boost a post” or “speak to one of our business managers,” terrorizing your email inbox with “business proposals” and hindering your attempts to talk to friends. Finally, you turn to private messaging platforms to avoid the Facebook noise and regain the freedom in life.

Silicon Valley guru Jaron Lanier’s talk with Channel 4 is worth watching. He warns against the world of algorithms, and speaks about how the massive control that you are not aware of in social media is ruining your life.

Symptomatically enough, when a post about the Facebook critic Jaron Lanier interview was posted on my Facebook it was censored as “against community standards”. Maybe we’ll take Lanier’s advice and shut down social media and get back to email newsletters, podcasts and our favourite websites.

Hanne Nabintu Herland is a bestselling historian of religions and bestselling author. She is the founder of The Herland Report Scandinavian news site, TV channel on YouTube and Podcasts which have millions of readers/viewers yearly. This is a great place to watch interviews with leading intellectuals, thought leaders, authors and activists from across the political spectrum – free from political correctness. The Herland Report believes in freedom of speech and its editorial policy resides above the traditional Left vs Right paradigm which we believe has lost its relevance and ability to describe the current driving forces in Western politics. Herland’s latest book, The Culture War. How the West lost its Greatness, is available in the USA and 60 countries world-wide. www.theherlandreport.com