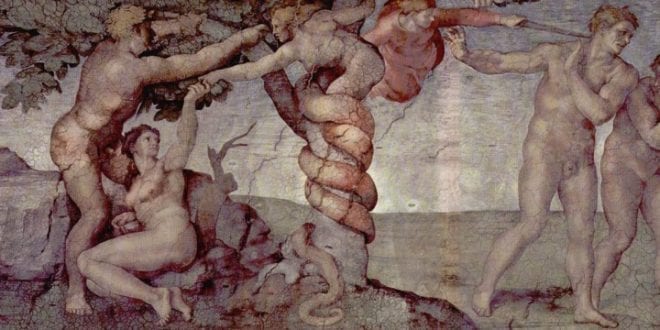 Sex and Happiness in the Hedonist West – thoughts on Michel Houellebecq

Hanne Nabintu Herland: Sex and Happiness: Life in the hedonist West is becoming remarkably bleak, the respect for anything but hedonism is remarkably low.

We have become totalitarian in a society characterized by an extreme permissiveness on almost every level.

What happened to virtues such as honesty, fidelity, trustworthiness, selflessness, humility? And how is the lack of these virtues affecting us?

The topic of a sexualized hedonist, yet sexually deprived West where most are divorced, characterized by loneliness and depression run as themes in Michel Houellebecq’s books, France’s greatest living author.

The atheist, socialist group think trends and forced hedonist conformity creates borderless individuals, devoid of deeper meaning and disconnected to the historical greatness Western civilization. We seem incapable of thinking for ourselves, addicted to technology and screens of entertainment.

In this setting, sexual harassment has become a nightmare for many and a source of coercion, writes historian of comparative religions, bestselling author and founder of The Herland Report, Hanne Nabintu Herland, a shorter version initially published in Cupido.

Sex and Happiness: In the late 1800s, psychiatrist Sigmund Freud attempted to treat a number of disturbed women and concluded that lack of sexual enjoyment contributed to their mental imbalance.

In his opinion the reason for their frustrations and suffering could be attributed to the denial of their need for sex. So, freedom from mental bondage corresponded to the need to be liberated from guilt. The conscience, as man’s inner compass that leads him away from evil and self-destruction, came into question.

Sex and Happiness:  Freud viewed the conscience as socially conditioned, plagued by old religion that man ought to free himself from. More sensual enjoyment was the new goal and, in short, the path to happiness. The more sex, the merrier. The more sex, the better life will become.

Philosophers like Friedrich W. Nietzsche believed that Christianity inhibits man´s natural predilection for cruelty, that we are cruel to ourselves – we torment ourselves with our conscience.

Nietzsche idealized a life freed of the constraints of man’s inner conscience, which, in time has led to a legitimization of hedonism in the West – the pursuit of one’s own pleasure as the goal of life.

We removed the traditional goal of caring for others, being selfless, “loving one’s neighbor”. And implemented selfishness, materialism and sexual gratification as the glorified new atheist aim of life.

One of Europe’s most widely read authors, the French atheist Michel Houellebecq, seems to believe that we have not succeeded in the realization of Freud’s project.

He created a furor with The Elementary Particles, Whatever, Platform and other books such as The Map and the Territory that only can be described as incendiary – literature that brutally focuses on how difficult it is to find true love in a raw, industrialized and cynical world where, following the breakdown of the nuclear family, so many live alone.

In Freud’s opinion the reason for their frustrations and suffering could be attributed to the denial of their need for sex. Freedom from mental bondage corresponded to the need to be liberated from guilt.

The topic of a sexualized hedonist, yet sexually deprived West characterized by loneliness and depression run as themes in Michel Houellebecq’s books, France’s greatest living author.

Institutionalization of the community entrusts an impersonal state with responsibility for care and nurturing. You become a number in line.

The church no longer has a dominant role in society, its social care systems, Salvation Army, care for the poor, the weak and the lonely has been removed by the atheist socialist system.

Thus, we no longer have to concern ourselves much with the welfare of others. The Socialist state takes care of that. We, on the other hand, can now immerse ourselves in materialism, self-awareness, self-reliance, self-exposure as the requirement to take responsibility for others is gone.

The ideal relationship is no longer based on fidelity to your partner in a relationship that you hope will last a lifetime.

The idea of the infatuation that develops into a loving commitment cultivating “the one” in a relationship that is both erotically stimulating and defined by long-term desire, has long been a major European ideal. In recent decades, this has changed.

Sex and Happiness: Today the ideal rather is serial monogamy, exchange of partners and other forms of polyamorous constellations that seem to leave the individual floating from one uncertainty to the next.

The hope is that in these new forms of cohabitation a stronger eroticism and affection can be found – more than that which a monogamous relationship seems to be able to provide.

Sex and Happiness: So we end up, according to Houellebecq, with most of us living alone, trudging resolutely to weary jobs in some boring department or public position where we receive the same pay regardless of whether we are hard-working and innovative or lazy and apathetic.

The apathy of the modern world, as everything is available pertaining to materialistic needs, is brutally depicted in Houellebecq litterature.

Or Fridays, we may afford to buy a whore or visit a brothel. Or go to some night club and pick up a random sex partner for the night. Such is the loneliness in the modern world and the effects of the total break-down of the traditional family.

Is Houellebecq right in his perceptions? Was history any better, with its disenchanted marriages and crossed women who fought for feminist emancipation?

In the work place, we constantly strive to be better. Yet, why so little focus on the need to cultivate sensuality in a monogamous relationship, the role of temptress, steamy sex and keep going years and years into the marriage?

The feminist world idealizes the single woman, the one who has left her husband. Everything else is prioritized, work, careers, friends. Over time, just how great is sex from one-night stands?

Statistics long ago showed that a person becomes a much better lover by having the same naked naked man by your side every night, exchanging tender caresses, tasting and living your own wet dream.

But that situation must be cultivated, that garden must be watered and pruned and nurtured. And partners must share this purpose.

Fulfilling, steamy sexuality is well documented as a source to good health,  a positive mindset, validation and so much more in everyday life.

There are just so many advantages to such a relationship. Why is fidelity and the cultivating of a monogamous relationship that is able to bring about just this, not focused on by the media?

Why are we not flooded with articles about how to get a healthy, monogamous relationship?

Back to the atheist Houellebecq. He describes the public employee sitting behind desks, casting furtive, drooling glances in the direction of the short-skirted secretary, someone they will probably never get close to.

Sex and Happiness: Houellebecq asserts in his 1994 book Whatever that modern sexuality consists of a system of differentiation that is as relentless as market liberalism.

Some have sex every day, others five or six times in their entire life. Others have no sex whatsoever. This is the result of exposing people to the relentless cynicism of emotional market forces.

Houellebecq’s world serves as a cultural corrective and a warning of the long-term effects of allowing materialistism and the principles of product marketing to dominate the emotional arena.

Conservatism and respect for diversity

Some will say sex is not that great. And yes, some embrace celibacy at an early age, others devote their life to asceticism and prayer. Many among the young today, refrain from sex before marriage precisely because they have seen what the sexual revolution in the 1960s has led to in the West:

Total break-up of the family, disenfranchised groups, loneliness, the war between the sexes. Many young people simply do not want to repeat the mistakes of their parents.

Others have naturally low libidos. Sex simply does not interest them. Some find intimacy with other people so challenging that they simply choose to avoid it. Some are divorced with young children and conclude that sex can wait a few years. We are all different, and that is the way it should be.

Aristotle and the ancient Greek definition of happiness

Sex and Happiness: The quest for the “golden mean” and defining values for sensual pleasures have been discussed since ancient times.

It is interesting to note that a number of the ancient Greek philosophers opposed hedonism as a method of the validation of selfishness.

How do we achieve true happiness? Such reflections touch upon deep philosophical questions of what is a meaningful life.  Greek philosophers believed that selfishness would cause social disintegration over time – and ultimately result in the fall of Athenian democracy. They spoke against it. Read Trasymakos conversations with Plato.

In Nicomachean Ethics Aristotle pointed out that those who live according to hedonism eventually become disappointed and spiritually imbalanced. They become emotionally incapacitated by an addiction to stronger and stronger stimuli, always looking for “a steadily stronger sensual kick”.

Aristotle’s ethic of virtue recommends moderation and indicates that the road to happiness is not unilaterally equivalent to the satisfaction of carnal desires.

A life of strict asceticism does not necessarily lead to the best life; neither does hedonist egoism. The criticism against hedonism is that it does not incorporate the complexity of human nature. The body is more than the purely physical.

It contains deep psychological mechanisms, a soul and an ocean of vulnerable feelings. Precisely here lie the limits of sexuality. Man consists of much deeper dimensions that what be satisfied by sexual intercourse.

Previous Europe: The slave of America – WND
Next Atheism is New Religion based on Faith in the unseen – WND