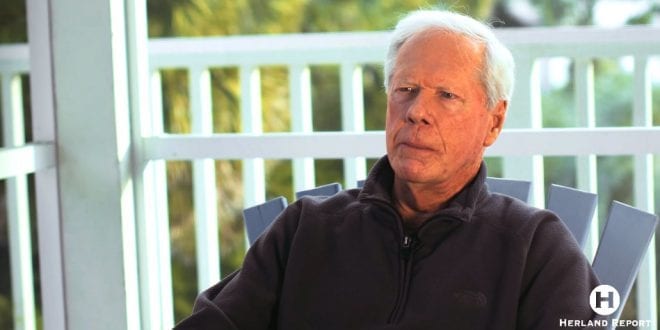 The Survival of the Fittest: Orchestrated shootings to accelerate division?

Herland Report: C. J. Hopkins doesn’t say it, but he shows that within all of the Western countries in which the white core populations are experiencing fierce attack from anti-white ideologues in the media and governments that rule them, there is unity of voice from the media that “Trump is a White Supremist who inspires Terrorism.”

This unity of voice is so unusual as there are many different possible explanations of the El Paso shooting.

The unity of voice is so uniform—in some cases identical phrasing—and so repetitive that it certainly looks like an orchestration against Trump and raises suspicions that the shooting itself was an orchestration, writes Dr. Paul C. Roberts, chairman of the Institute for Political Economy.

The hatred and demonization of white people in America is no different from the propaganda against Jews in the Third Reich.

Yet not a single member of the Democratic Party or American print, TV, and NPR radio protests. That fact tells us all we need to know.

If white people don’t get organized and defend themselves there is likely to be a white holocaust. The question naturally arises, to achieve such an uniformity of response from the Western world, who organized it?

How was the explanation that blames Trump ready at hand all over the US, UK, Europe, Canada and Australia, the minute the shooting occured?

Does it remind you of the BCC announcing the collapse of World Trade Center Building 7 a half hour before it occured?

Anytime an explanation is ready at hand the minute an event occurs, the natural question is who had advance informaton? If there is advance information, where did it come from? Why did not authorities with their advanced information prevent the attack?

Why did the media suppress the shooter’s manifesto?  Because it did not support the story line and attack on Trump?

As the presstitutes speak with one voice, little wonder that some of the few and diminishing number of Americans still capable of thought conclude that the El Paso shooting was an orchestrated event designed to discredit Trump and to abolish the 2nd Amendment. We have long known about CIA mind control programs. Many experts believe that Shiran Shiran, the alleged assassin of Robert Kennedy, was a product of the CIA’s mind control program.

As the US government has lied to us about so much for so long about so many big events, we have no alternative but to question everything. But the presstitutes never do.  Russiagate was a politically motivated hoax, but the presstitutes had one voice proclaiming the truth of a hoax.

The American people have been misled by the media and gone along with Washington’s destruction of entire countries, such as Iraq and Libya, with millions of people killed, maimed, widowed, orphaned, and displaced, based on Washington’s lies and fabricated “evidence.”

If we cannot believe the reasons that the government takes us to war, how can we believe anything we hear from media and politicians?

The media and Democratic Party’s response to the El Paso tragedy make the facts irrelevant. The controlled explanation wraps people up in emotions over guns and Trump’s wall.  The dead in El Paso are portrayed as Trump’s fault for being a White Supremacist and enforcing US law, which specifies border controls.  Only White Supremacists kill people and build walls, unless they are Israelis, but we are not permitted to say anything about that.

By law the US has borders that the law demands be enforced. If immigrants can simply walk across the border, why can’t they fly into the country or come by ships?  What is the point of passport control?  Indeed, what’s the point of passports?  The concept of citizenship simply disappears.

US borders have always been enforced.  Badly no doubt, but enforced.  Trump is simply trying to do a better job of enforcing the law than has been done in the past.

If the US would simply stop overthrowing reformist governments in Latin America, the resources of those countries would be taken out of foreign hands and be put to work for the local people, which is what Venezuela is doing much to the chagrin of American oil companies.  The last time Hondorus elected a reformer, America’s first black president—Obama—overthrew him.

Brazil’s Workers Party was destroyed with the US-orchestrated imprisonment of its leader, Lula da Silva, and removal from office of his successor. In their place Washington has installed a corrupt agent of the Americans.  Oppression is applied to the supporters among the people of reformist politicians to ensure that voting ceases to put reformers in power.

As General Smedley Butler said, “I was the enforcer in Latin America for the New York Banks and the United Fruit Company.” Perhaps it is poetic justice that the peoples whose resources are carted off to America decide to go with the resources.

If the Democrats want open borders, why don’t they draft legislation and fight for its passage? Why blame Trump for enforcing the laws on the books?

The El Paso shooting has been turned not only into an attack on President Trump but also on white people.  Suddenly the “Muslim terrorist threat” has disappeared.  Its replacement is the domestic terrorist threat of “white supremacy.” The attack on whites is indiscriminate. The attack on Trump extends to all of the Americans who elected him—“Trump deplorables”—in Hillary’s words.  All whites become “racists” and are covered in guilt.

The anti-white propaganda is effective. Actress Rosanna Arquette said that her white skin makes her ashamed. The success in teaching emotionally and mentally weak white people to feel guilt is to make it easier for those who wish to displace them to run over them. And most definitely, the core white populations of the Western world are being overrun.

As white populations have become too brainwashed and loaded with guilt to defend themselves, perhaps the Social Darwinists were correct after all.  The fit survive, and white people are no longer among the fit.

Why wasn’t Aslan disciplined by the University of California for his hate speech?  Why wasn’t he blocked by Twitter?

How can NBC Universal’s film, “The Hunt,” produced by Jason Blum, a Jew, depict liberal elites hunting and killing “Trump deplorables” for sport and escape the charge of hate speech and encouraging deadly violence against half of the US population?  NBC Universal refuses to stop release of the movie.

If wanting to build a wall to keep out illegal immigrants encourages Americans to shoot Hispanics, how much violence is encouraged by a movie in which Trump supporters are hunted and shot?

There is scant complaint about Israel’s wall that keeps Palestinians out of their own country. Try to imagine someone making a film about hunting Jews for sport and calling it a satire.

Clearly in the Western media and US Democratic Party it is open season on all white people.  The most intense hatred is expressed against them—even calls for their extermination—and it doesn’t qualify as ate speech or encouraging violence.

The hatred and demonization of white people in America is no different from the propaganda against Jews in the Third Reich.  Yet not a single member of the Democratic Party or American print, TV, and NPR radio protests. That fact tells us all we need to know.  If white people don’t get organized and defend themselves there is likely to be a white holocaust.

Dr. Paul Craig Roberts is the chairman of The Institute for Political Economy, former associate editor of the Wall Street Journal, and a well known author of many books. He is also a regular contributor to the Herland Report news site as well as The Herland Report TV Show. He has had careers in scholarship and academia, journalism, public service, and business. He has been awarded the Treasury Department’s Meritorious Service Award for “his outstanding contributions to the formulation of United States economic policy.”
Previous Libya in ruins, yet NATO Jens Stoltenberg would gladly crush Libya again – Nabintu, WND
Next TV interview: The truth about Trump and why the Media Lies