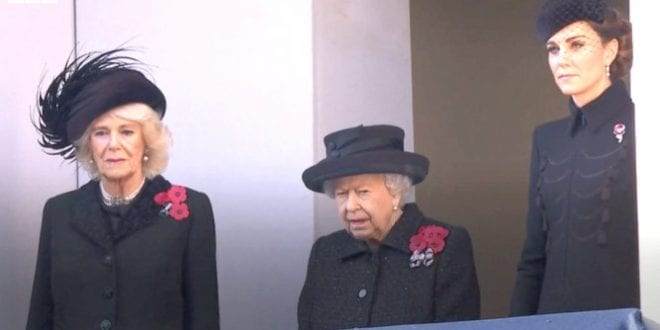 Herland Report:  Politicians, Royal Family members and veterans are commemorating those who lost their lives in conflict as the UK marks Remembrance Sunday. At 11:00 GMT, a two-minute silence was held across the UK on Remembrance Sunday 2019, writes the BBC.

Remembrance Sunday is held in the United Kingdom as a day “to commemorate the contribution of British and Commonwealth military and civilian servicemen and women in the two World Wars and later conflicts.

Prime minister Boris Johnson broke away from the election campaign to attend the annual ceremony at the Cenotaph in London. Prince Charles laid a wreath during the service on behalf of the Queen, who was watching from a balcony.

Speaking ahead of the ceremony, Mr Johnson said he would be “proud” to lay his first wreath at the Cenotaph as prime minister, and vowed to continue to “champion those who serve today with such bravery in our military”.

He said in a tweet he would be “thinking of the men and women who, over the centuries, have given so much to protect our country”.

After wreaths were laid, Bishop of London Dame Sarah Mullally led a service ending with the Royal Air Force sounding the bugle call, Rouse. Following the service, up to 10,000 war veterans are marching in a slow procession past the war memorial.