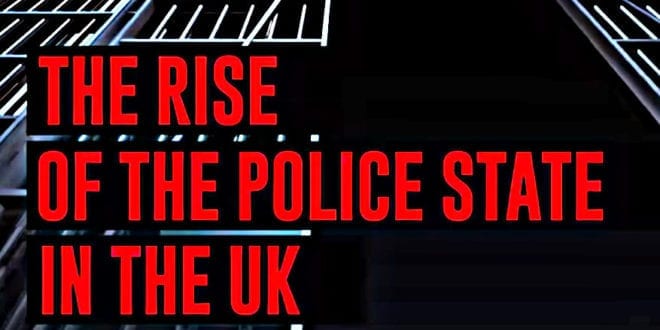 Go to jail for speaking out against pedophilia? Tommy Robinson

Since Friday, the case of British anti-militant Islam and anti-islamization of Europe activist, Tommy Robinson has spread across the globe, with the hashtag #FreeTommy gaining traction among his followers from Australia to the U.S. A change.org petition calling for his release had received nearly 500,000 signatures by Tuesday afternoon, with hundreds demonstrating in London, writes the Guardian.

The anger stems from what is perceived as injustice in the British legal system, which generally is known for practicing open justice. In certain cases,  “reporting restrictions” are implemented, such as in this one, as the judge prohibited the media from covering the case where Muslim perpetrators were involved in a child grooming pedophilia gang.

What adds to the anger among regular British citizens, is that it took the British police years to assemble the case against the pedophiles – in cases that involve the pedophile abuse of thousands of British kids – while it took them the remarkable speed of five hours to arrest, indite and sentence Robinson to 13 months in jail.

The claim being that “white British” citizens and the abused children and girls have few rights, while the Muslim perpetrators are protected by the courts and the media.

He chose to still air on Facebook from the trial, and was jailed for 13 months in one of England’s child grooming incest cases involving Muslim perpetrators. The video was viewed more than 250,000 times, states The Guardian.

The judge ruling of prohibiting media from covering one of the pedophilia cases where the perpetrators were Muslims, UK cases that involve the rape and sexual assault on thousands of British children and girls over the past years, is one of the back drop issues that many British call “injustice against the White population in Britain”.

The sentiment is among the growing tendencies in Europe of ethnic clashes between groups, White Brits claiming that the judicial system and the media protects Muslim pedophiles by exempting them from the scrutiny of publicity, while thousands of British, white children and young girls are molested and their lives destroyed.

The jailing is widely viewed as yet another attempt to silence free speech in Britain: Those who speak up against child rape gangs are arrested. The court, on the other hand, stated that Robinson’s live stream threatened to derail the trial as he violated the reporting restrictions on the case.

The issue at hand was the fact that the trial was still ongoing and evidence presented that could have acquitted, for one, some of those who were photographed by Robinson.

The judge said: “He referred to the charges that the defendants faced and some charges which are not proceeded against in relation to some defendants.”

Martin Harding, defending Yaxley-Lennon, said his client knew of the reporting restrictions imposed on the case and felt “deep regret” after comprehending the potential consequences of his behaviour.

The question still remains, as many have questioned why there was a ban on media reporting in a public trial, and interpreted this as an attempt to ease the pain in favor for the child grooming, pedophile perpetrators.

Hundreds have since taken to London’s streets, thousands have signed a petition calling for his release, and several high-profile Americans, including actor Roseanne Barr, have tweeted their support for him, according to Time.

Yesterday Meghan Markle’s sister Samantha waded in on the argument by sharing a petition on Twitter that calls for Tommy to be released, which has collected more than 500,000 signatures. “Jailing someone or preventing them from exercising freedom of speech does not resolve the issue. I don’t agree with everything he has to say, but I feel that he should be entitled to freedom of speech.”

The case had been widely discussed on social media, where activists claimed that the restrictions amounted to state censorship. The question remains why this particular case was banned from the press, thus “gagging” the media from commenting on the trial. The Dutch opposition leader Geert Wilders posted a video on Twitter, filmed from outside the British embassy in The Hague, describing Robinson’s prison sentence as “an absolute disgrace”.

He accused the judge of issuing a gagging order and said that freedom of speech was being violated all over Europe. “The lights of freedom are going out,” he said. “The authorities are trying to silence us.”