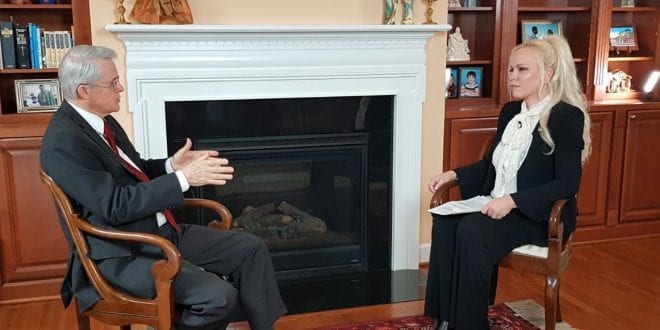 The interview addresses how our current system has changed towards endless wars, neo-con foreign policy leading to the Arab Spring, Syria and Libya war.

The question is: How can we return to international justice, and what do we mean by such a term?  The Senator is a Vietnam veteran, former US Army prosecutor and director at the Pentagon.

Colonel Richard Black, kindly allowed us to speak with him for several hours.

“So much of what the media publish, particularly in the area of foreign affairs, contains so little reality, so little of genuine substance. It is organizations like Herland Report that give some hope that the people might be informed and eventually towards a situation of peace.”

Herland Report: Senator Richard H. Black, Vietnam veteran, former prosecutor US Army and director at the Pentagon. has a  impressive track record that covers a career as a military officer and colonel, a pilot with US Marines in Vietnam.

He then went through law school, working as a prosecutor with the US Army, and retiring from the military and the Pentagon in 1994.

From then on, he embarked on a political career, and became a well-respected US Senator with remarkable knowledge and understanding of the world outside the US.

The Herland Report is founded by Hanne Nabintu Herland, a Scandinavian historian of comparative religions, bestselling author, commentator and TV producer, known from the media for sharp analysis and fearless speech. She was born and raised in Africa, has lived in South America, in the Middle East, and traveled extensively in Asia.