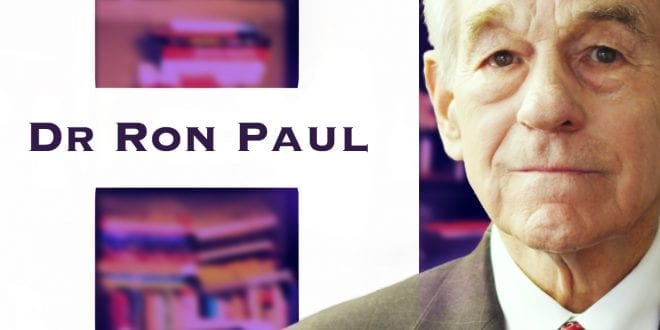 PODCAST with Ron Paul: Brutal wars happen due to lack of respect for national sovereignty

“Do you think we should build up armies and march over to the Middle East because we have this image that we are going to make them a better people?” asks Ron Paul, former US presidential candidate, Congressman, Libertarian, author and founder of The Liberty Report.

The Herland Report news site and TV channel on YouTube is reaching millions, with a surprisingly quick success since its launch not long ago. We are pleased to add podcasts on Soundcloud to the Herland Report portfolio, featuring leading free thinkers, intellectuals, authors and activists.

Dr. Paul: “I always argue the case about these wars. Wars start, but how many times do 18-year olds spontaneously get together and said that they want to go to war, and the 18-year olds in Vietnam wants to go to war as well?

The young people didn’t get together and say, “Let’s have a war”. That’s the last thing they wanted! Yet, it happens that way because of the lack of understanding of liberty and sovereignty.

The dollar does not deserve to be the reserve currency of the world – Dr. Ron Paul, Herland Report