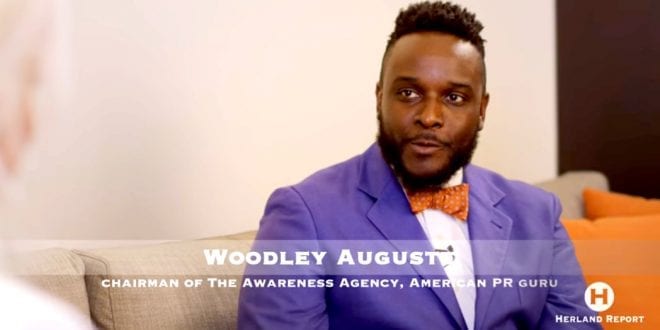 “What we see in the mainstream media is that they fuel the divisiveness in America. They create a certain level of vitriol that takes place. It permeates throughout society where whatever marginalized group becomes castigated and viewed as they are the purveyors of the problems”, says American PR guru and founder of a U.S. based public relations and marketing consultancy, Woodley Auguste, featuring programs on the problems of divisiveness in America.

He states: “If we step back and examine them we see that there is far greater agenda that is taking place. There’s great influence by a certain group of people, they are pushing an agenda. We have seen it in politics and we have seen it in every sphere in culture where certain things are propagated and then they become common place. It becomes group thinking.”

Auguste explains: “They want to ensure that certain messages are being brought ahead and only those messages will go through. We see further marginalization that takes place in the media where certain networks will report one thing. Something can happen and you will hear 3 contrasting views for the one story.”

“I think that that is the case with the media. What we saw just not to long ago in social media where people were upset about fake news being pumped through social media and being shared throughout. There are someone that is controlling that narrative. So we have to ask who it is and why.”