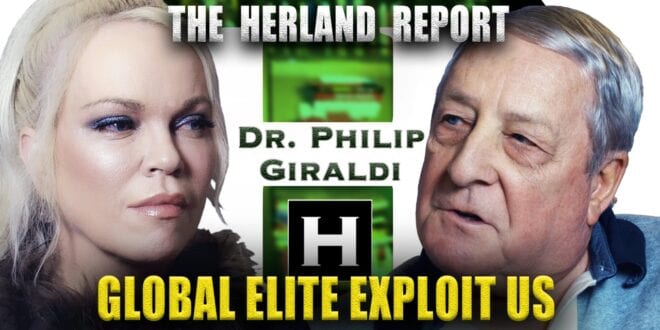 Herland Report: TV host, Hanne Herland speaks with Dr. Phil Giraldi on the Deep State and endless wars, the neo-con strategy now revived and the continuous problems in Syria in this exclusive interview.

He elaborates on the dramatic shift in American foreign policy following the end of the Cold War, arguing that this shift may be viewed as counter productive and the final nail in the coffin that ends American hegemony.

“It was under Reagan that the neo-conservative movement started to appear in the Pentagon and the State Department. They were behind many of the changes,” says Dr. Giraldi, Executive Director of the Council for the National Interest.

He is a former counter-terrorism specialist and military intelligence officer in the US Central Intelligence Agency, a widely used columnist and US television commentator.

Dr. Giraldi says: “The neo-con point of view is that the American Republic – I hate to use that phrase – should be playing a leadership role internationally, telling other countries what is good for them and what they should do.”

“They packaged this whole thing by saying it is for democracy and free trade. What it really was is dominance by the United States in terms of dictating to other countries what their internal and external policies should be. This is all tied in with globalism.”

Dr. Giraldi elaborates on the Deep State and endless wars: “The second thing they have to do is keep the American taxpayer paying for the weapons, for soldiers and for the neo-con think tanks. They had to create a threat, and the threat has been Russia, at least for the last 20 years.”

“Russia is a plausible threat. It is essentially a fake threat, because Russia has not threatened the United States or Western Europe as its economy much smaller than that of Europe and the US.

I believe it is the size of Italy. Its armed forces are much smaller. This whole thing is a is a phony threat.”

“Another element is that most of the neo-cons are Jewish, and most of them are very deferential to Israel and to Israel’s leadership which has been Benjamin Netanyahu for many years now. This explains why a lot of the things that happen in the Middle East that don’t make any sense, like Syria.”

“An interesting aspect of America’s war on terror is the fact that we have, very often, created the terrorist groups and supported them when it was desirable to support them.

They were handy to use against Bashar al-Assad in Syria, for reasons of helping Israel more than anything.”

“ISIS were allowed to take over the Syrian oilfields and sell the oil in Turkey. This was all allowed. As a Russian friend of mine commented, ISIS was selling all this oil with huge convoys of a hundred trucks at a time and somehow the United States didn’t see it.”

“When the Russians saw it, they stopped it immediately, so the United States was allowing this to go on.”

“Of course, the Turks were profiting from what was going on, but also bear in mind that the United States was funding other insurgencies and terrorist groups at the same time.”

“Many of these groups, once they arrived in Syria, immediately joined ISIS and gave them their weapons and money that they had obtained from the CIA and from Pentagon. It all went into ISIS, so it was again hypocrisy at a level that it’s almost unbelievable.” We regularly feature a variety of opinion and analysis from a number of commentators from across the political spectrum. Not all views represent that of The Herland Report editorial policy. This site offers factual information and viewpoints that might be useful in arriving at an understanding of the events of our time.