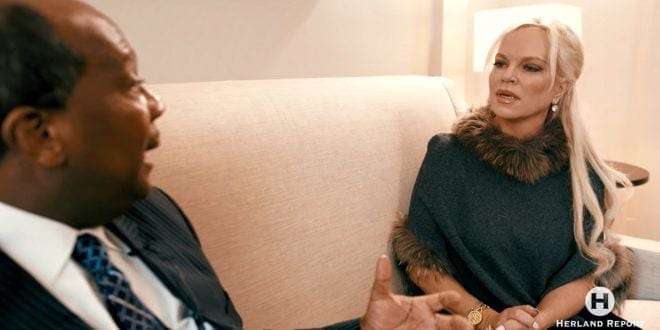 The Herland Report TV (HTV): Hanne Nabintu Herland speaks with reverend Dr. Reginald Davis about American moral decline and the end of the Roman Empire. What are the similarities?

“Close to the end of the Roman Empire, there was decline in morality, decline in values, an overreach of military installations, economic problems.

There was an increasing dependence on cheap labour; there was deep division in the government, and greed on top of that. When you parallell that to what is happening in America, it is very frightening.”

We are pleased to announce new programs with Dr. Reginald Davis, who has been a professor at several universities, author, frequent radio guest and lecturer all over America, pastor of the historic First Baptist Church in Virginia. He analyses the cultural development in the US with a rare insight.

Dr. Reginald Davis states: “If we don’t get on another trajectory, we are going to experience the same fate as the Roman Empire. When you look at Wall Street, for instance, who made deals and put this country in a financial crisis, a housing crisis, and all of these executives, no one was held accountable for that. In fact, the government stepped in and assisted them, but left Main Street holding the bank.”

When you see that kind of aristocracy at the top and power staying at the top, and neglect of people at the bottom, then people will begin to lose their civic responsibilities, they began to lose their love for their country. Because they feel like their government, the society, nation, has really forgotten all about them.

“The system as it is: The ultra rich at the top and the poor at the bottom. The rich don’t mind making a minor change, but they are not going to correct the larger structures. Every correction is a change, but not every change is a correction.”

“You can change the face of something, that doesn’t mean you have corrected it. Therefore, democracy is threatened because you are not saying anything about the least of these. How can we say that we are truly Christians when we are forgetting about the poor, the elderly, the sick? We are overlooking the needy.”

The Herland Report is founded and hosted by Hanne Nabintu Herland, a Scandinavian historian of comparative religions, bestselling author, commentator and TV producer, known from the media for sharp analysis and fearless speech. She was born and raised in Africa, has lived in South America and currently in the Middle East, and traveled extensively in Asia. She speaks a number of languages.

Previous Epidemic of Hedonist Loneliness in Godless West – WND
Next The Western culture of Suicide: How can we find peace? WND