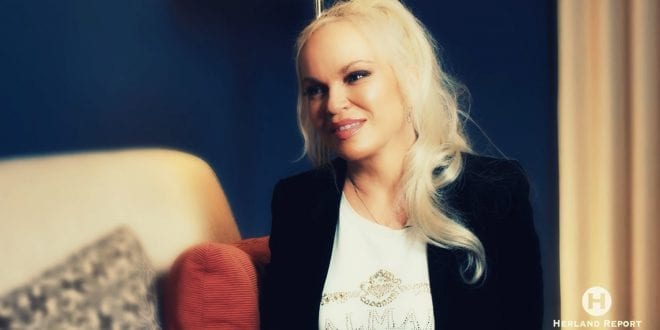 He shocked Europe with books such The Elementary Particles, Whatever, Platform and The Map and the Territory, that can only be described as incendiary.

It is literature that brutally focuses on how difficult it is to find true love in the post-Christian, atheist world.

Following the breakdown of the family, the ideal is faithlessness, ever changing partners with the woman’s freedom, defined by a feminism based on conflict and rage.

This has contributed to so many now living alone, writes historian of comparative religions, author and founder of The Herland Report, Hanne Nabintu Herland. The column first appeared in her World Net Daily column, the largest Conservative network in the world.

Epidemic of Hedonist Loneliness: It may be argued that leading atheist philosophers in the 1800s opened the floodgates to national loneliness and sorrow.

Atheism was a growing fashion among decadent intellectual elites since Nietzsche, Marx and Freud.

They preached that the world is meaningless, there is no life after death, no God who will judge us all, no Spiritual Father who loves mankind, no purpose to fulfill in life. And flat out – no reason to love one another.

Nietzsche strongly opposed traditional, Western morality and deemed the conscience – man’s inner compass to what is right and wrong – to be thrown aside like garbage. He famously stated that “God is dead,” Karl Marx some years earlier calling religion the opium of the people.

The meaninglessness of life removes hope and opens man to a ruthless focus on selfishness and hedonism, the pursuit of pleasure.

Since the world is but an empty space, why waste this short life on keeping a good conscience? In addition, as atheism only acknowledges the tangible, touchable world as real, materialism becomes the end goal.

If the afterlife is of no value, wealth and money becomes the only parameter by which to evaluate who is successful or not.

Epidemic of Hedonist Loneliness: The post-war German, Neo-Marxism of the Frankfurter School then flooded the United States’ university structures through its radical apostles such as Herbert Marcuse, and instantly began attacking traditional values.

During the Cultural Revolution in 1968 onward, the Marxist ideas from Europe were finally able to bring an all-out war on traditional America out in the open.

The young students who diligently followed Nietzsche, free sex and drugs, began hating Christianity and its teachings of a modest, honorable life.

These men and women are now the professors and deans at our universities, teaching racial divisiveness, Identity Politics and permissiveness at a level that few thought possible a generation ago.

Epidemic of Hedonist Loneliness: The hedonism and corresponding loneliness and existential apathy of the modern world, where materialism is the only value, is brutally depicted in Michel Houellebecq’s literature.

The ideal relationship is no longer based on fidelity to one partner that you hope will last a lifetime, defined by long-term desire.

We no longer have to concern ourselves with the welfare of others. The Socialist heaven and blissful Nietzschean utopia consists of the atheist state taking care of that.

Brave New World by Aldous Huxley is now the wished for aim? In such a society, its citizens can immerse themselves in materialism, gluttony, impatience, rudeness, lack of respect for others as the requirement to take responsibility for others is gone.

Institutionalization of the community entrusts an impersonal Socialist state the responsibility for nurturing those in need. The church no longer has a role in caring for the weak and lonely.

On Fridays, we may afford to buy a whore or visit a brothel. Or go to some night club and pick up a random sex partner. Such is the loneliness in the modern world and the effects of the total break-down of the traditional family.

Houellebecq asserts in his 1994 book Whatever that modern sexuality consists of a system of differentiation that resembles market liberalism applied on humans.

Houellebecq’s literature serves as a warning of the long-term effects of relentless hedonism.

It calls for renewed focus on the values that once made the West a great civilization. Let us return to our historical roots.