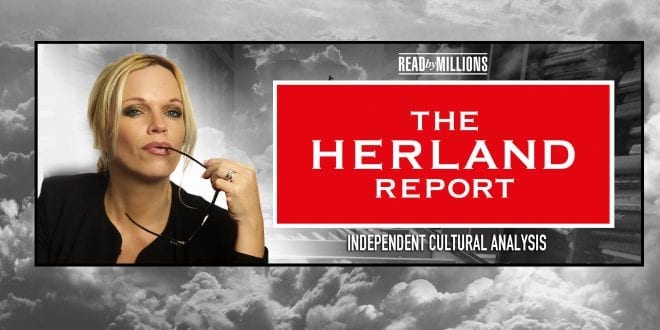 Herland Report: The ICC is institutionally flawed, politicized and has failed to live up to the visions of its founding fathers, says former Israeli ambassador Alan Baker. The impartiality of the Court was flawed from the beginning by linking it constitutionally and its funding to the UN:

There is a growing concern that the International Criminal Court (ICC), established with the adoption of the Rome Statute of 1998, is irreparably and institutionally flawed and politicized.

The ICC has failed to live up to the hopes and visions of its founding fathers. The ICC was established after a long process of negotiations inspired by a post-World War II vision of the need to ensure that the perpetrators of the most egregious crimes known to humanity would not enjoy impunity and immunity.

They would be brought to trial before an independent, apolitical, international juridical body.

Regrettably, and despite the best intentions of its founders, the very independence and impartiality of the Court – so central and obvious for any such vital and important juridical body – was flawed from the outset by constitutionally linking the Court with the United Nations.

This writes former ambassador Alan Baker, the Director of the Institute for Contemporary Affairs at the Jerusalem Center and the head of the Global Law Forum. Herland Report has an upcoming TV interview with Alan Baker.

He also participated in the negotiation and drafting of the Oslo Accords with the Palestinians, as well as agreements and peace treaties with Egypt, Jordan, and Lebanon. He served as legal adviser and deputy director-general of Israel’s Ministry of Foreign Affairs and as Israel’s ambassador to Canada.

Placing part of the ICC’s financing at the political mercy of the UN General Assembly undermines and prejudices any pretention of independence of the Court.

Funding of the ICC, like any other action requiring approval in the UN General Assembly, is, of necessity, a process driven by the political and economic interests of its members and subject to political bargaining that is unconnected to the needs of the Court.

ICC is politicized: The acceptance of a “Palestinian state” as a fully-fledged member state by the Court is an example of how the ICC is dependent upon political determinations of the UN’s General Assembly. The Palestinians have adopted the ICC as their own “back-yard tribunal” for baiting Israel. They regularly submit referrals against Israel’s leaders and settlement policy. In so doing, they are politicizing the Court.

In the aftermath of the atrocities committed by Nazi Germany during the Second World War, and following the 1945-6 Nuremburg trials of the major Nazi war criminals, leading international jurists started to devise a statute for an independent, international juridical body that would adjudge all such criminals.

The Importance of a Permanent International Court

ICC is politicized:  The Cold War delayed advancing the vision and drafting of a statute for one, universal, and independent international criminal court, rather than individual criminal tribunals to deal with specific conflicts.

Due to the difficulties in negotiating the details of a statute between the major political blocs, the Court was ultimately established after the break-up of the Soviet Union, with the adoption of the 1998 Rome Statute, following a series of international conferences sponsored by the UN.5

Dependence on the United Nations

Regrettably, and despite the best intentions of its founders, as well as some noble sentiments set out in the preambular paragraphs of its Statute, the very independence and impartiality of the Court – so central for any such vital and important juridical body – was flawed from the outset.

The central preambular provision of the Court’s founding statute determined, on the one hand, that the Court would be an “independent permanent International Criminal Court,” but it backtracked and neutralized such independence by bringing the Court into a curious “relationship with the United Nations system.”6

The Statute even strengthened this relationship and linkage by “[r]eaffirming the Purposes and Principles of the Charter of the United Nations, and in particular that all States shall refrain from the threat or use of force against the territorial integrity or political independence of any State, or in any other manner inconsistent with the Purposes of the United Nations.”7

This issue of the Court’s independence vis-à-vis the UN arose in 1997, during the debates in the UN General Assembly’s Sixth (Legal) Committee, when the representative of Trinidad and Tobago, one of the founding fathers of the vision of an international criminal court, stated:

The proposed international criminal court should be an independent body and not subordinate to or a subsidiary of the Security Council.8

ICC is politicized:  While the Court is ostensibly independent of the UN, the Statute nevertheless determines that, in addition to assessed contributions by the states parties to the Statute, the Court is financed by:

[F]unds provided by the United Nations, subject to the approval of the General Assembly, in particular in relation to the expenses incurred due to referrals by the Security Council.9

Approval of funding, like any other action requiring approval in the UN General Assembly, is, of necessity, a process driven by the political and economic interests of its members and subject to political bargaining that is totally unconnected to the needs of the Court. Clearly then, placing the court’s financing at the political mercy of the General Assembly can only serve to undermine and to prejudice any pretention of independence of the Court.

Since the Court was established by way of a multilateral treaty and derives its power and authority from its founding treaty, the ICC Rome Statute, legal logic would assume that, like any other multilateral treaty, it should be an entirely separate and independent entity, and not dependent upon the links or whims of the United Nations.

The Court’s character as an independent international institution should be all the more evident considering that its Statute is not merely another multilateral treaty establishing another multilateral organ, but establishes a juridical institution that cannot and should not be dependent upon a political framework, such as the UN. This cannot but influence the Court’s judicial work.

However, in light of the structural linkage to the UN system, and the fact that the United Nations is the center of that system, this curious linkage and self-inflicted dependency on the UN Charter principles are being interpreted to mean that there is a need to coordinate the Court’s judicial role with the UN’s responsibility to maintain peace and security.

The fact of this linkage to the UN and the dependence on a political organization implies that the Court cannot claim to be an independent and apolitical juridical organ. As such, this belies the basic principle of independence underlying such a serious juridical body.

Clearly, any such entity negotiated under the sponsorship of the UN and based on UN groupings and political pressures, cannot be independent or impartial, since every vote is ultimately determined on the basis of political interests and deals.

Judicial independence is critical for the rule of law. First, judges who are independent of political or other pressures, will adjudicate the disputes brought to them with an eye to the guiding legal principles and without any undue influence by external sources.14

The linkage with the UN has plagued the Court since its inception and has increasingly enhanced the perception that the ICC has, in fact, become a quasi-UN agency. The ICC is dependent on the UN for funding, dependent on the UN voting system for election of its judges, and tied to the UN through a formal relationship agreement with the UN.

ICC is politicized:  In light of the questionable legal status of the Palestinians vis-à-vis the Court, as well as the clear lack of jurisdiction of the Court in territories that are acknowledged internationally to be in dispute and pending settlement, it might be expected that the Court, acting in accordance with the principles of objectivity, would not permit itself to be abused. This expectation is all the more pertinent given the inherent lack of gravity of the crimes complained-of.

But the question remains whether the ICC, in light of its inbuilt, constitutional linkage to and dependence upon political determinations by the various the UN bodies, has the capability to overcome such limitations and act in a truly judicial manner.

If it cannot, then there is a need to go back to the international drawing board and to think again as to how to have a genuinely independent juridical body. This body must be devoid of any linkage to political entities so that there would not be any political considerations in electing judges and staff or in its general judicial functioning. Time will tell.

18 Article 12 of the Statute determines that only States party to the Statute and having accepted the court’s jurisdiction, may invoke the court’s jurisdiction. Similarly, all three subparagraphs of article 125 of the ICC Statute, dealing with signature, ratification, acceptance, approval or accession to the statute, specifically refer only to states

21 “The ICC will continue its independent and impartial work, undeterred” https://www.icc-cpi.int/Pages/item.aspx?name=pr1406

ICC is politicized: The level of censorship in social media and search engines is all-time high. Do like thousands of others, subscribe to The Herland Report newsletter here!