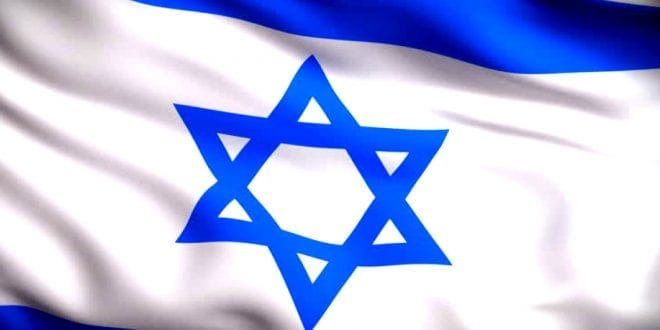 Herland Report: Why is Europe never able to succeed with peace treaties in the Middle East? The signing of peace treaties and normalization of economic, diplomatic and all relations between UAE, Bahrain and Israel marks what has been coming for a long time: Europe becoming even more irrelevant.

It looks as though European leaders and the media chronically criticize Israel and Jews, yet somehow never address Palestinian and Arab leaders’ corruption nor its gross malmanagement of public funds.

Billions in foreign aid have flooded the Palestinian systems for decades, yet the streets of Gaza, Ramallah, the West Bank villages always look the same:

Horrible roads, no proper hospitals, terrible schools, litter in the streets, a deprived Palestinian population who openly state that their leaders take all the money.

PLO leader, Yasser Arafat died a billionaire, according to Forbes. How exactly was that possible since the Palestinians are always so poor?

When visiting the West Bank recently, I asked a Palestinian who he would vote for in the next election. “Vote?” he angrily asked, agitatedly: “Why would I vote?

Regardless of whom we vote for, they all take the money and do nothing to help regular Palestinians. Look at the streets! We live in rubbish, decade after decade while our leaders travel the world and collect the money.”

Why, by the way, do regular Palestinians with Israeli passports refuse to move to Gaza?

Why do they only visit relatives in the Palestinian authorities, but flat out refuse to move there?

And why are not the European news outlets eager to report on this, and only cite negativity on Israel regardless of the progress made between Arab nations and Israel?

Are Israelis hated simply because they are part of the “white man’s culture” and according to the neo-Marxist New Left ideology therefore are to be cancelled?

Or are there more sinister explanations dating back to pre-world war attitudes among the European neo-Marxist elites?

Palestinian leaders are to receive no criticism regardless of how many billions go to corruption, simply because they are “Palestinians and therefore deprived and chronically the victim”?

Is the analogy that Israelis are “always evil” while Palestinians are always “good and honorably honest”? That a person’s ethnicity determines right from wrong? Was that not exactly the value system found in National Socialism? Are we still not done with that in Europe?

It is high time to cancel the racist neo-Marxist ideology that has tortured Europe, its universities and institutions since its implementation in the 1960s. Read more about this in my new book, Trump. The Battle for America.

The tide has turned for Israel. It is now Israel’s time not to need the anti-Semitic Europeans any more. They now cooperate with Arab nations, turning the focus towards the East. This has been an ongoing project for years, trade agreements now making Europe much more irrelevant.

Jonathan Spyer elaborates in The Middle East Forum: The signing of agreements for “full normalization” of diplomatic, economic and all relations’ between Israel, the United Arab Emirates and Bahrain at the White House this week largely formalizes an existing reality.

These countries share common perspectives and common interests on the key strategic issues facing the Middle East region. Behind the scenes, they have been cooperating for quite a while.

The relevant files in this regard are: the challenge represented by the regional ambitions of Iran, (Israel’s chief security concern), Turkish regional expansion – bearing the banner of Sunni political Islam in its Muslim Brotherhood iteration (the particular focus for the Emiratis), and the implications for these of an emergent lighter US footprint in the Mid-East, alongside the growing influence of the Chinese in the region.

The camp of states aligned on these issues is not limited to Jerusalem, Manama and Abu Dhabi. Egypt, Saudi Arabia, Jordan, and Morocco share similar concerns.

The emergent strategic picture in the Middle East is one of competition between this pro-Western alliance, whom America are looking to strengthen and build, and the rival blocs of Iran and Turkey, with their allies and clients.

Ten years after the outbreak of the Arab Spring, large swathes of the Arabic speaking world are fragmented and partially governed. Yemen, Libya, Iraq, Syria and Lebanon are today geographical spaces, rather than states in the full sense of the word.

The presence of Iranian and Turkish proxies can be seen throughout all these nations. Across these collapsed spaces, in the Mediterranean, and in the Gulf, the competition between the rival alliances will be engaged.

In the capitals of Europe, there is as yet only limited understanding of this new and emergent picture. As a result, European countries are increasingly irrelevant or invisible in the diplomacy of the Middle East.

The still dominant perspectives in Europe belong largely to the era now fading: the supposed centrality of the Israeli-Palestinian conflict to Mideast stability, the desire to return to the Iran nuclear agreement, a more general preference for formal and multi-lateral agreements, while the region favours the tacit, the pragmatic and the bilateral. Read the full article here.