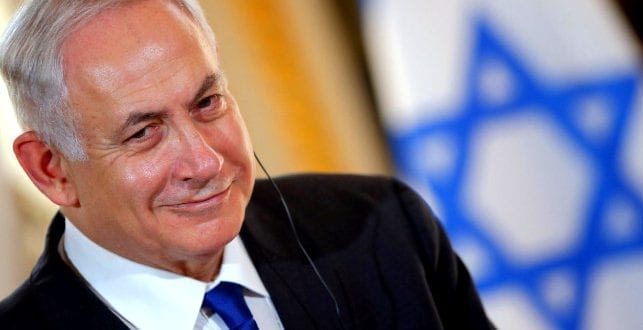 Israel reacts to US Syria pullout: “Israel will defend itself, by itself, against any threat”

Herland Report: Israeli Prime Minister Netanyahu gave a speech at the Yom Kippur memorial only days after the US announced its pulling out of Syria. Allegedly, the pullout came without warning to the Israelis.

Prime Minister Netanyahu put it this way: “Israel will defend itself, by itself. We do not aspire to be a people alone. But that is how we had to stand at the beginning of the Yom Kippur war. Only towards the end did the Americans arrive.”

“The IDF is prepare to pre-empt any threat, defensively and offensively, with crushing strength. In both weaponry and spirit. This is the tremendous spirit that was instilled in us from the generation of the Yom Kippur war.”

The U.S. withdrawal makes Russia the new arbiter of everyone’s interests, including Israel’s.

By giving Turkey a green light to invade northern Syria, the U.S. upended the balance of power in the Middle East with a single stroke, writes Jonathan Spyer, director of the Middle East Center for Reporting and Analysis, and is a research fellow at the Middle East Forum and at the Jerusalem Institute for Security and Strategy.

Vladimir Putin is now the indispensable strategic arbiter in Syria. None of the remaining pieces on the broken chessboard can move without Mr. Putin’s hand.

Mr. Assad, the Kurds, Turkey and Israel all now depend on Moscow’s approval to advance their interests in Syria. This process has been sealed by sudden windfall this week, all without the firing of a single Russian bullet. All roads to Syria now run through Moscow. Mr. Putin could hardly ask for more. Read the full article in Washington Post.