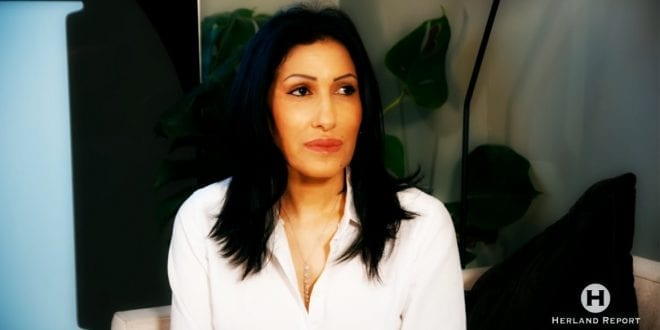 TV Show: The Great Libya before 2011 and humanitarian tragedy

Herland Report TV (HTV): In an upcoming series on Libya, we focus on pre 2011 when Libya was Africa’s richest country, the NATO war in 2011 and the present militia rule. The Great Libya before 2011 .

Among others, Dr. Ola Tunander is a guest and in the show, internationally leading human rights activists participate and in this program, the President and Founder of the Norwegian Organization for Human Rights in Libya, Mme. Linda Ulstein Ait Arezki.

Follow The Herland Report TV here and get the latest interviews with leading intellectuals, authors, activists and other professionals who have something important to say.

Mme Ulstein, who originates from Algeria and lived for several years in Libya in the 1980’s states: “Many don’t know the truth about Gaddafi’s Libya. It was the richest country in Africa and Gaddafi was not trying to kill his people. These were media lies and we all know it.”

She says: “In Libya under Muammar Gaddafi, education was free for everyone, grants were given to those who wished to study abroad, health care was free, gasoline and other necessities subsidized Each family had their own car, living a healthy life comparing to the other countries. It’s thanks to the Libyan people that the tourism went so well in Tunisia.”

“Gaddafi was supporting the African states, he was giving a big hand to Nelson Mandela in South Africa. He helped the Palestinians in Israel. He was a revolutionary person. He was against unfairness, against discrimination based on color. He was for equality and justice. But the West completely demonized him.”

Previous Yemen, starvation is crushing a nation
Next The Trump Doctrine and the End of the neo-con ‘New World Order’ – Seth Frantzman