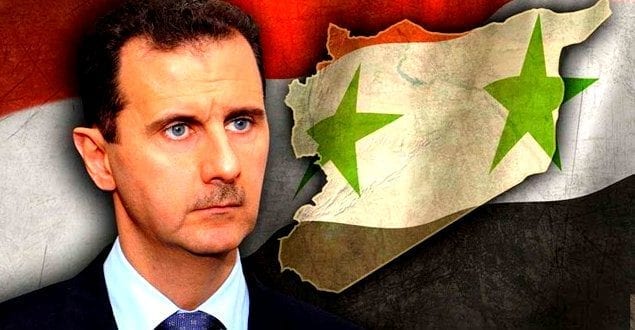 Herland Report: The Syrian civil war produced one of the largest, longest, and most complex humanitarian crises of the twenty-first century.

More than twelve million people have fled to Arab and Western countries since June 2011, including over 1.4 million to Jordan, equivalent to 14 percent of the Jordanian population.

This influx has created massive socioeconomic problems for the Hashemite Kingdom, including increased poverty, unemployment, budget deficits, and pressure on health and education infrastructures.

This migration has had far-reaching political and security effects, notably erosion of Jordanian national identity, curtailment of the country’s democratization process, and progressive unravelling of its social fabric due to increased violence, extremism, and corruption, writes Mohammed B. Salameh and Ayman Hayajneh, first published at The Middle East Forum.

How have the Jordanian authorities addressed this formidable challenge, and is there light at the end of the tunnel now that the Syrian civil war seems to be drawing to a close?

Located in the heart of the Middle East, Jordan remains vulnerable to migration during regional conflicts and has a long experience dealing with refugees.

As early as the end of the eighteenth century and the beginning of the nineteenth, the territory that was to become Jordan received waves of immigrants from Chechnya and Circassia, fleeing the Russian occupation of the Caucasus.[1]

After the destruction of the Ottoman Empire and the imposition of the French mandate on Syria, Jordan experienced the first wave of Syrian immigrants, including a large number of politicians such as Ali Reza Alrekabi, who later became Jordan’s prime minister, and members of the Syrian Independence Party, who occupied important political positions.[2]

During the Palestinian Arab violence of 1936-39, Jordan was a safe haven for many guerillas fleeing the British mandatory authorities. In 1948, following the outbreak of the first Arab-Israeli war, some 600,000 Palestinians emigrated, and Jordan received the lion’s share.[3]

In 1967, Jordan was surprised by a new wave of Palestinian refugees following Israel’s occupation of the West Bank.[4]

In the late 1970s, the country hosted Lebanese refugees fleeing the civil war there, and the following decade it hosted Iraqi refugees of the Iran-Iraq War (1980-88). With the expulsion of some 400,000 Palestinians from Kuwait after the emirate’s liberation from Iraq’s brutal occupation (August 1990-February 1991), Jordan witnessed a third wave of Palestinian refugees that placed considerable strain on its infrastructure, demographic composition, and national identity.[5]

With the U.S.-led invasion of Iraq in 2003, Jordan became the largest host of Iraqi refugees, with the one-million-plus arrivals amounting to some 20 percent of the kingdom’s population.[6]

At the start of the so-called Arab Spring, Jordan accepted thousands of Egyptian, Libyan, and Yemeni refugees.

Finally, with the eruption of the Syrian revolution in 2011, Jordan was at the forefront of countries that opened their doors to refugees fleeing the horrors of the war. The number of Syrians has now reached over 1.4 million, approximately 650,000 of whom are officially registered.[7] During the Arab uprisings, the Jordanian political regime was able to maintain its status quo and avoided making meaningful concessions.[8]

It exploited the Syrian crisis and the influx of refugees to remind local protesters and reformers of the possible adverse consequences.

This curbed the Jordanian population’s appetite for deep political change. Protests diminished and then nearly ceased for a time; the process of reform and democratization retreated, and despotism and absolute rule became institutionalized under a regime of parliamentary and partisan pluralism.[9]

Zaatri camp, established in 2012 to host Syrian refugees, saw a dramatic increase in population to become the world’s second largest refugee camp behind Dadaab in eastern Kenya. At one point, it hosted some 150,000 refugees.[10]

Movement out of the camp is loosely restricted, and many refugees have fled, though it is unknown to where and for what purpose. Even without intentions to do harm, these escapees pose a threat to Jordanian society.[11]

The camp has seen increasing crime, including prostitution and drug dealing, and numerous riots have erupted as a result of harsh desert and weather conditions. The camp has also become an incubator for diseases that had been eliminated in Jordan including tuberculosis and hepatitis.[12]

With the influx of Syrian refugees, freedoms have been curtailed and the security services have expanded their control over public life to ensure quiet and stability.[13]

Thus, for example, the regime adopted a policy of restricting political parties and civil society organizations, similar to that practiced vis-à-vis the unified Jordanian Front Party and the Islamic Action Front Party, the political arm of the Muslim Brotherhood, over the past few years. This could have serious long-term implications for Jordanian politics and civil society.

The refugee crisis also increased demonstrations and protests, with Jordan undergoing some ten changes and reshuffling of governments. In 2018 alone, the country witnessed unprecedented changes in government leadership and policy in response to widespread public demonstrations against proposed economic reforms and increasingly vociferous demands for more transparency and better government services.

Public administration declined, government effecttiveness weakened, and corruption increased. International bodies such as the World Bank, the World Economic Forum, Freedom House, and others have confirmed the decline in political stability in Jordan during the Syrian civil war.[14]

The Syrian crisis also led to declines in security.

Increased smuggling and infiltration of weapons and contraband intensified the burden on the security services.[15] This in turn raised the state of alert regarding dormant terror cells as well as increased tension within Jordanian society.

To address the security issues, militarization of Jordan has increased as the ruling elites concluded that maintaining security and stability could only be achieved by the military and that other social institutions could be dispensed with.

The ineffectiveness and corruption of the civil state apparatus has been highlighted, including in the education and health sectors. These sectors were subject to a campaign of doubt, leaving only the military as an institution with a good reputation.

The results include an increase in military spending: Jordan now ranks fourth in the Arab world and eighth at the international level in military spending relative to national income,[16] with military expenditure accounting for 20 percent of government spending.

Jordan relies heavily on foreign aid, especially from the United States, the European Union, and the Gulf Cooperation Council (GCC) countries. This has been a constraint on its foreign policy, which has often adapted to those of donor states.[17]

This has placed Amman in a tight situation. On the one hand, it does not want to anger the Gulf states, but on the other, it has its own concerns about the Syrian rebellion, the opposition, and the transformations in the Arab world.

Cautiously treading the tight rope in its increasingly volatile neighborhood, Amman had to accommodate a complex set of interconnected, and often contradictory, interests of allies and regional influences. Finding the right balance between those calling for the overthrow of the Assad regime and those supporting it—internally, regionally, and internationally—has proved a particularly demanding task.

Jordan’s external relations have also been stalemated with such pivotal countries as Turkey and Iran. Syria is Jordan’s only land crossing to Turkey and Europe. Even worse was the closure of the Iraqi border for several years, nearly isolating Jordan for a time.

The country’s dependence is also illustrated in its policies toward Islamists. The Gulf states have placed the Muslim Brotherhood on their lists of terrorist groups, increasing the pressure on Jordan to do likewise.

As a result, the Hashemite regime has been unable to maintain its traditional relationship with the Brotherhood, which it regards as being under control, while balancing its interests with the Gulf states, especially the United Arab Emirates (UAE).

Amman thus sought to Jordanize the local Brotherhood by demanding that it be separated from the Cairo-based Global Guidance Bureau, the Brotherhood’s highest decision-making body. The regime also called for a separation from Hamas, with the group’s Jordanian headquarters closed on the pretext of being unlicensed and its political and social activities placed under siege.[19]

This may well be a tall order for the Jordanian polity. But failure to make a sharp break from past practices is an assured recipe for disaster.