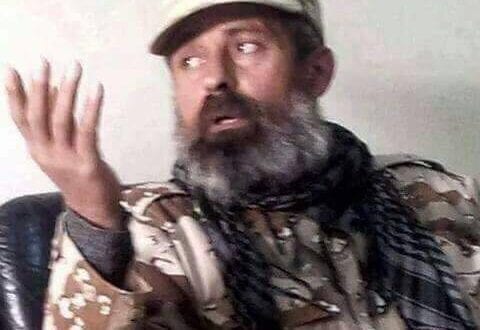 The United Nations, in the form of its specific Libyan body, the United Nations Support Mission in Libya (UNSMIL) expressed its ‘‘strong condemnation of the violence, intimidation and obstruction to the work of Libya’s sovereign institutions by militiamen’’. (Feature photo: One of the leading Libyan militia war lords, Abdalraouff Ghnewa Kikli, reportedly in control of the Ain Zara A prison facility in Tripoli.)

The unusually strong and rather brave condemnation using the seldom-used term by UNSMIL, ‘‘militia’’, came in a statement issued yesterday.

The statement continued, adding that ‘‘members of brigades nominally acting under the Ministry of Interior of the Government of National Accord are attacking sovereign institutions and preventing them from being able to operate effectively’’, reports The Libya Herald.

The purging of the Tawhargha tribe by the militia leaders is catching international attention. The Libyan prisons held under militia control is, according to sources on the ground, filled with black Libyans who are incarcerated indefinitely, without the prospect of a proper and just trial.

The Libya Herald further states: “The statement added that ‘‘interference with sovereign institutions and with Libya’s national wealth is a grave matter and must stop immediately’’.

The statement further called on ‘‘the Government of National Accord to take the steps necessary to prosecute those responsible for these criminal actions.”

”The United Nations will report to the international community and work with all of the competent authorities to investigate the possibility of bringing sanctions against those interfering with or threatening the operations of any sovereign institution which works for the good of Libya and the Libyan people’’.

What must be noted in this ironic statement that best encapsulates and reflects the true and sad state of affairs in Libya, is the line in the UNSMIL statement that reads ‘‘members of brigades nominally acting under the Ministry of Interior of the Government of National Accord are attacking sovereign institutions and preventing them from being able to operate effectively’’.

The irony is that UNSMIL, which has turned a blind eye to militias in the hope of establishing the Faiez Serraj government in Tripoli, is asking those very militias to help the Tripoli government to enforce legitimacy and the rule of law.

The UNSMIL statement is not condemning some small, marginal turncoat militias in the hinterland of Libya, but the main militias propping up the internationally-recognized Faiez Serraj Tripoli-based government in the capital.

It will also be recalled that despite hints that it may implement some kind of security reform or disarmament, demobilization and reintegration (DDR) programme of Libya’s militias, UNSMIL in particular and the international community in general, have shied away from tackling head-on the matter of Libya’s militias.