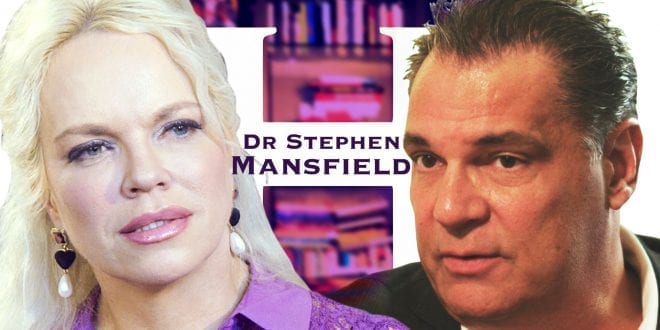 Herland Report TV had the pleasure of a sit down with bestselling author, Stephen Mansfield, who is one of America’s leading voices on the relationship between religion and politics.

What are the root causes of the disintegration of America? How has the change in political view on traditional values impacted the development we now see in the United States?

“America has gone bad. We thought that the civil rights battles were won, but now it is coming back around. It is vicious,” says Stephen L. Mansfield, the New York Times best-selling author and international speaker who leads a media-training firm based in Washington, D.C.

Dr. Stephen Mansfield: “The increasing role of government in providing privileges for some groups only. Some groups are given privileges while others are attacked and feel deprived.”

“One of the major factors has to do with the rise of cable television. When I was born you basically had three television networks and they basically reported the same news from the same perspective. But now, it’s possible for anyone to completely insulate themselves into certain pockets of cable television where they are hearing 24/7 a certain message.”

“So, I can sit in front of the television 24/7 and hear a message that tells me that I’m being wronged, that immigrants are stealing my freedoms, that African Americans are my enemies.”

“African Americans can sit in front of the television and hear the exact opposite, how old white men are taking their privileges, are racists and so on. We all feed on messages that basically make us feel like victims. And it makes us angry and disenfranchised.”

“When you have a combination of those factors, you suddenly see the clock roll back to a level of tension that we thought was over in the 1960’s.”

“We thought that the civil rights battles were won. That’s what we were taught in school, but now it is coming back around. It is vicious.”

“We have moved away from true belief, that power ought to be decentralized. We like the celebrities, we like the powerful, we like the rich. We talk about them as though they are the high achievers in our society.”

“Donald Trump sounded those notes. He talked about economic empowerment, about making America great again, about the way that corporations are sending jobs overseas. So, that caused people to think that he actually cared about them and that he would make a change.” Watch the show here.