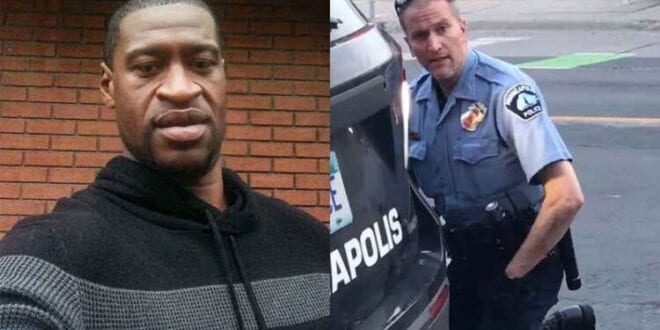 Herland Report: The story is that George Floyd died from asphyxiation—“I can’t breathe”—from a police officer’s knee on his neck.  This story is not supported by the autopsy and toxicology reports.

Once again, here is the link to the official medical examiner’s report of the autopsy which was released “with the consent and cooperation of Mr. George Floyd’s family and their legal representatives.”

What is this telling us?  According to the Oxford English Dictionary, subdual means overcoming or quietening.  The title says that the ability of the police to deal with Floyd was complicated by Floyd’s undergoing cardiopulmonary arrest and that the report investigates the issues of restraint and neck compression, writes Dr. Paul Craig Roberts, a regular contributor to The Herland Report with a number of articles on this subject.

As for the restraint and neck compression, no life-threatening injuries resulted.

The irresponsibility of the American media has resulted in enormous death and destruction in the 21st century.

Seven countries have been destroyed in whole or part by transparent lies supported by the US media.

Millions of people have been killed, maimed, orphaned, widowed, and displaced by American invasions and bombings based entirely on lies.  Always the media withheld the real facts and gave us fake news.

Note the extensive heart disease that Floyd had:

Note the finding of No life-threatening injuries:

Notice the fatal dose of the opioid fentanyl in the toxicology report:

On June 1, 2020, a press release was issued from Hennepin County that lists “Manner of death: Homicide.”

This is a puzzle. Homicide is not supported by the medical examiner’s report.

When the autopsy finds Floyd with a fatal amount of fentanyl and serious heart disease which would make the fentanyl even more lethal and “no life-threatening injuries” to neck or elsewhere, how was homicide committed?

A press release is not a medical examiner’s report.  Who knows the biases of a PR person or the effect on the person of seeing the video.

I read an explanation that for medical examiner’s “homicide” has a meaning different from the normal meaning.  If this is the case, could a medical examiner or expert speak up and clarify the issue?

A lot of pressure has been put on the medical examiner, a young man whose report makes him a target. He no doubt feels isolated. Some readers report that the local newspaper, the Minneapolis Tribune Star, is creating a different position for him, with or without his consent.

To a rational objective person who is not emotionally involved, the issue is the irresponsibility of the media.

Not only are race relations at stake but also the fate of accused police officers who have been convicted in the media prior to trial.

I find it very disturbing that no media has mentioned the fatal level of fentanyl in flood’s blood or the medical report itself except to lie that it supports the conclusion of a non-existent “second autopsy” that the police killed Floyd.

It is clear that if the autopsy supported the media’s propagandistic account, the examiner’s report would be all over the news, not swept under the rug.

The withholding of such critical information from the public—especially when it is known that an overdose of fentanyl causes precisely Floyd’s symptoms—amounts to a lynching of the police officers.  From the little information we have, it seems that the police were careful with Floyd.

They recognized that he was in trouble from drugs, called for medics, and used restraint to keep him still on his stomach.

As far as I can ascertain, these are the prescribed procedures. The reason for Floyd being kept on his stomach is that “fentanyl’s effects include nausea.”

A person on his back can choke on his own vomit.

This interpretation of police behavior seems to accord with the facts, but it does not fit the predetermined conclusion of “white racist murder” which the media have imposed on the event.

The irresponsibility of the American media has resulted in enormous death and destruction in the 21st century. Seven countries have been destroyed in whole or part by transparent lies supported by the US media.

Millions of people have been killed, maimed, orphaned, widowed, and displaced by American invasions and bombings based entirely on lies.  Always the media withheld the real facts.

The media did the same thing with Russiagate and impeachgate and again with Russian subsidies to the Taliban to kill American troops.

They have done the same thing yet again with their propagandistic coverage of George Floyd’s death. A multi-racial country with a media that foments racial conflict has no future.

Previous Body cam transcript show George Floyd was killed by drugs, not by the police
Next The VIKING cradle of Odin, Norse history and migrations in Scandinavia