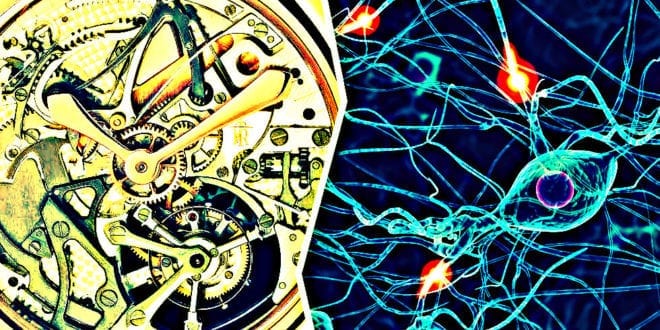 Herland Report: Because perception is inherently fallible, logic is duped by empirical evidence. Our five senses are notoriously weak and prone to error.

Hundreds of optical illusions are readily available to prove the point. Every scientific error had the support of logic.

Myth No. 1: Science does not integrate faith

William Hamnet Wall: Who invented the Big Bang Theory? Was it an atheist who convinced Einstein that because time is not linear, this explosion could be the womb of time?

Was it an agnostic who claimed that the Big Bang Theory is compatible with God as Creator? No, it was a Roman Catholic priest named Georges Lemaître.

The atom was conceived and named before the microscope was invented. Discoveries of Copernicus predated the telescope.

Theory comes before proof. Are you ready? Faith comes before evidence, even in science! Many times, it takes a century or more for scientific theories to be proven or disproven. Until that time, they fall within the classification of faith.

The great irony of science is that to see clearly requires faith.

Charles Darwin, the darling of atheists who conveniently de-emphasize his personal belief in God, wrote clearly in “The Origin of Species”:

“There is grandeur in this [natural selection] view of life, with its several powers, having been originally breathed by the Creator into a few forms or into one; (my emphasis) and that, whilst this planet has gone cycling on according to the fixed law of gravity, from so simple a beginning endless forms most beautiful and most wonderful have been, and are being evolved.”

Myth No. 2: Science is objective

How, then, shall objectivity be achieved? It cannot be. Science proves how gullible logic can be to delusions of objectivity.

Based on many experiments, empirical evidence is very unreliable. Mystery and the unknowable are imbued into the nature of reality itself.

Newtonian mechanics explains gravity and the trajectories of celestial bodies. This model clarifies laws of nature until quantum physics break those rules on the subatomic level.

“The new knowledge compels us to revise our hasty first impression that we had stumbled into a universe which either did not concern itself with life or was actively hostile to life.”

“In light of these developments in physics, economics must also be amplified. Thoughts not only exert an influence on reality but are the medium through which it moves.”

“One thought, one meme, may travel the globe spontaneously because it is connected to the whole, as a single touch of a spider’s web vibrates the entire structure.”

For a century, revelations of science have been as convincing a “missionary” for God’s existence as any living saint. Like the prodigal son, science is coming home to religion after squandering its fortune on the harlots of materialism.

Yet to the secular fundamentalist, these implications of a mind-driven universe that transcends Newtonian laws of cause and effect every millisecond pass unnoticed. Some scientists today still hold on firmly to materialism.

They write godless screeds about how no intelligent design exists in the universe. When religion rejects science, it’s called the Dark Ages. How can the reverse be enlightenment?

Reality beautifully and often lies outside the reach of what can be seen or measured, detected by experiments or duplicated in a laboratory. Rigid objectivity blinds science to the subjective elements embedded in universal laws. The narrow limits of reason corrupt the objectivity of science.

Myth No. 3: Science explains the origin of life

I began by getting him to admit that faith is garbage. Then I asked, how did life begin?

The old primordial soup hit by lightning, was his response. Do you have proof of that? No, he said. I pounced, so you believe in something without evidence … it’s faith.

He was stunned. To end the debate I asked, who created the matter of that primordial soup?

It doesn’t matter, he responded. A strange answer from a scientist, I said. As one last shot, I added: It shouldn’t be called “The Origin of Species,” but “Start from the Middle of Creation Theory.”

Myth No. 4: Science is not influenced by politics and coercion

Galileo was threatened to be burned at the stake by the church for believing that the sun had spots, and in the heliocentric model of Copernicus. “Still, the earth moves,” he was heard mumbling to himself walking away, after he begrudgingly recanted his scientific heresy.

To fill the corruption barf bag to its brim, concerns about their funding being cut off if real climate change data came to light was also discussed. All this while “deniers” were blackballed.

From my eBook “The Joy of Fracking – A Haiku Guide to Loving Earth, Freedom and Fossil Fuels”: “Real science relies … on detachment from conclusions.

Objectivity means that debate will … (NOT) be over so long as new evidence and technologies are emerging. Revisions are always welcome. Consensus is often irrelevant. … Science does not have saints because its errors signify progress, not sin. There is no heresy in science precisely because there is no orthodoxy.”