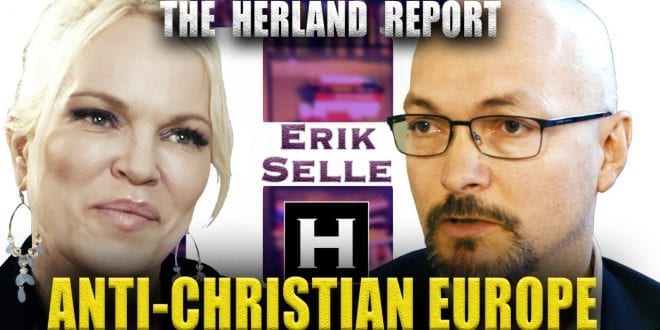 Christianity is African Religion, the West is Hedonism

Herland Report TV (HTV): Christianity is African Religion, the West is Hedonism:”There is a strong anti-Christian sentiment within the European media establishment and the elites. Russia chooses the opposite path by strengthening Christian Orthodoxy as the cultural fundament,” states the president of the Africa-Israel Initiative, Erik Selle, who has work in 17 African countries.

He was born and raised in India and Nepal, and has extensive international experience, which gives him an international perspective that we value at The Herland Report.

Watch the show with Mr. Selle:

“Some of the sharp anti-Russian sentiments border some of the same atheist push. Many do not understand that Russia today is not the Soviet Union, president Putin is not Stalin. So much has changed. For one: Russia embraces Christianity, the Western media and elites are strongly anti-Christian.”

“When the Soviet Union fell, they had some years with anarchy. In a way, Putin saved Russia from anarchy. He has also reoriented the Russian society towards the Russian Orthodox Church, in search for a cultural identity.”

Christianity is African Religion, the West is Hedonism: “Society needs to be built on an ideological platform, you cannot build a society in an ideological vacuum.
European elites seem to have chosen atheism, Russia has chosen Christian Orthodoxy.”

In Europe, we have elites that push for changes that the majority of the European population does not want. Over 80 % in Europe state that they believe that Jesus is the Son of God – the central Christian dogma.

And even in a religiously antagonistic country such as Norway, where atheism has been preached by the current elites for decades with little or no respect for the Christian faith, over 70 % still believe in a God. That is quite a resilient people.

This is according to both the world leading ISSP 2008 survey, Encyclopedia Britannica and others.

There seems to be a sharp divide between what the European people believe and the values they would want, and the political and ideological elites in Europe.

Judging from reading the press, one would easily think that everyone in Europe are non-religious.

Yet, that somehow rather seems to be the dream of the atheist media leaders, and does not reflect reality. We also address the international scene, Israel, Uganda, Kenya and the geopolitical shift towards the Far East.