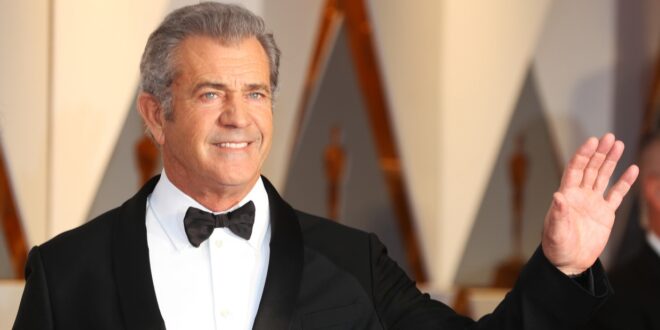 Herland Report: Mel Gibson blasts Catholic Bishops: The iconic Catholic and ‘Passion of the Christ’ director, Mel Gibson recently hit hard on Pope Francis and the current politicized system within the Catholic church as orthodox, traditional priests are being “cancelled” and removed from their jobs.

He asked who hired Pope Francis: “My question is, who’s hiring them? I don’t think it’s Jesus. Is it (Pope) Francis? Who’s hiring Francis? Is it Pachamama?”

On their site, they proclaim the belief in the traditional Christian views on morality and requirements for life: ““We believe in the Catholic Church’s traditional teachings on faith and morals and acknowledge that the Catholic Church has, since its founding by our Lord and Savior Jesus Christ, had a universal mission to bring each individual to sanctity and ultimate salvation.”

Gibson said he knows several priests who have been pushed from their jobs due to not being “liberal enough” for the current Catholic leadership.

Watch the memorable Yvonne Florczak Seeman’s speech at the recent Coalition for Canceled Priests rally here. She is the founder and president of P.O.W.E.R.

Mel Gibson blasts Catholic Bishops: “Priests pushed out not for the reasons you’d think,” Gibson said. “It’s not like they did a hit-and-run drive and left the scene of the crime, or embezzled church funds, stole the altar wine, or committed some other heinous crime. No, not at all. And who’s persecuting them? Well, their own bishops.”

He said the bishops are “a pack of men who generally, passively sit by and tolerate any kind of nonsense, but if one of their priests utters something that resembles orthodoxy, well then they spring into action, they reprimand him and they bully him and do their best to cancel him. I’m really sorry about that. It’s a grave injustice, and it’s a kind of white martyrdom.”

Gibson further stated that the current persecution of orthodox priests by the leadership within the Catholic church is a “symptom of a very deep sickness that afflicts the Church.”

Mel Gibson blasts Catholic Bishops: He quoted Archbishop Carlo Maria Vigano who says that the “seeds of erosion of the church” were sown with the Second Vatican Council reforms of the 1960s.

Gibson recalled that when he directed ‘The Passion of the Christ’, the 2004 box-office sensation that depicted the crucifixion of Jesus, he sought support from the US Conference of Catholic Bishops, but “those men couldn’t get away from me fast enough.”

“All but a few of them turned their back on me,” Gibson said, “and it was pretty telling about who they were – pretty insipid bunch. And it doesn’t look like anything’s changed.”

He added that he’s “a pretty sinful guy, I’m as venal as the next guy, but I know the difference between a shepherd and a hireling. And I think that the vast majority of these bishops are just a bunch of hirelings.”

He went on to ask: “My question is, who’s hiring them? I don’t think it’s Jesus. Is it (Pope) Francis? Who’s hiring Francis? Is it Pachamama?”

Gibson again quoted Vigano, saying, “There was a parallel, counterfeit church set up to eclipse the real one. He’s suggesting usurpation or an inside job. It seems that way.”

The message came amid rising tensions in the Church over prominent Catholic politicians, such as President Joe Biden and US House Speaker Nancy Pelosi, who have been accused of violating core teachings when they supported abortion rights. Archbishop Salvatore Cordileone of San Francisco earlier this month criticized such leaders, saying they sought to expand “a government-approved right to kill innocent human beings.”

Mel Gibson blasts Catholic Bishops: The level of censorship in social media and search engines is all-time high. Do like thousands of others, subscribe to The Herland Report newsletter here!