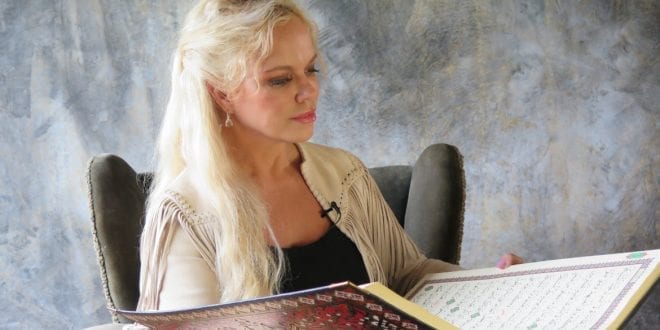 Herland Report: New Atheist Religion: The current lack of moral strength worry many of the leading philosophers in the West.  Among them, the German philosopher who is Europe’s arguably most influential social scientist, atheist Jürgen Habermas.

At one point, Habermas dramatically changed his view on the role of religion, stating that his previous assumption of its irrelevance in secular nations was wrong.

In his ambitious work to establish a basis for communication, he showed that moral questions are rational questions. They discuss how we are to live the best possible life.

For decades, he emphasized the need for social bonds and mutual respect between sub-groups in society. If not, one group may easily dominate the power structure and discriminate the rest.

In his later years – as illustrated during his Holberg Price Award speech in Norway in 2005 – he has spoken of the need for a new respect for the Christian, European ethics. This has dumbfounded many since Habermas for decades was one of the architects of European non-religious secularism.

New Atheist Religion: Habermas explains his view in the Holberg speech by stating that there are weaknesses and shortcomings in modern science’s inability to comprehend the equally important metaphysical dimension of human relations.

Traditional science distinguishes sharply between faith and empirically determined knowledge, it takes a naturalistic position that devalues all categories of knowledge that are not based on empiricism and causal explanation.

This singular emphasis on physical science makes it difficult for us to understand the complexity of the human spirit, he says.

Habermas points out in Europe: The Faltering Project that the current secular – or atheist – moral theory pays a high price for excluding the very ethics that had the ability to better motivate the individual to do good to others. He reminds us that genuinely active traditions often remain hidden in the culture. Only in times of upheaval, when these virtues are in danger of disappearing, will their true greatness become apparent.

New Atheist Religion: Then Pope Benedict XVI seems to concur. In Christianity and the Crisis of Cultures, he states that after years of emphasis on scientific and technological progress, European culture now suffers from a lack of emphasis on moral energy.

He proclaims it as the greatest threat to our culture.

Without solidarity and justice as moral ideals, selfishness becomes socially legitimized and accepted. Democracy itself depends on citizen solidarity and empathy in order to avoid becoming the perfect tyranny of the mob – and their rulers.

Social Darwinism paired with the idea of scientific progress, opens society up for an ideology which Benedict XVI calls “Secular Messianism.” He points out that the Liberal progressive zealous political vision is for endless social change. As if change always is for the better.

The assumption is that revolution or its more subtle partner, reform, will lead to peace on earth. It implies a belief in the inherent goodness of man, and that mankind will prove its ability to win the battle of history without the metaphysical realm and God.

Marxism advocates, as we know, for a view of humanity that considers man as innately good. If something goes wrong, it is society, and not the individual who is to be blamed. The “state” is given the responsibility to solve all problems while the individual passively watches.

It can be argued that the secular culture of godlessness has oppressed an important part of being human: consciousness of God and recognition of the transcendental. Nobel Peace Prize winner, His Holiness the Dalai Lama highlights the fact that economic and technological progress is necessary, but warns against the tendency to let it proceed without direction.

New Atheist Religion: Technological development must be followed by a development of moral values. A society where material and spiritual development goes hand in hand is a society that bears a promise for the future. Dalai Lama calls this the key to our future.

If the metaphysical realm exists and evil is real, the world will only become an oasis of peace when incorporating the defence of God. Humanity remains divided between good and evil and needs spiritual guidance in order to properly face the chaos of existence.

Without wisdom there will be no justice. And without justice between groups, no peace. From this perspective, it may be argued that the irrational element in society is the atheist push for keeping religion outside the public sphere.

New Atheist Religion: Also check out these topics at CNN or FOX News. Other sources may be New York Times, USA Today, the Washington Post or from the British angle, BBC, The Guardian, The Telegraph or Financial Times.

Previous How Google Translate Deceives You and omits information
Next TV interview with Judicial Watch, Chris Farrell: Who is behind the US Drug Epidemic?