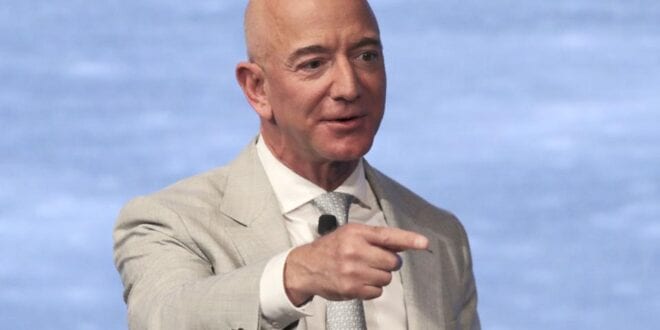 Consortium News: Billionaires in the U.S. have seen their fortunes skyrocket since the Covid-19 Corona pandemic began, increasing by 12.5 percent.

The Institute for Policy Studies released a study “showing that, in the eight weeks between March 18 and May 14, the country’s super wealthy have added a further $368.8 billion to their already enormous fortunes.”

That’s a jaw-dropping-fall-over-and-have-a-seizure level of wealth, yet nothing new. Even before the pandemic, the vaults of the rich bulged with unbelievable amounts of shiny things. (Feature: Bill Gates, Getty)

Even before coronavirus was a household name the three richest Americans had more wealth than the bottom 50 percent of our country.

Billionaires fortunes skyrocket since Covid-19: Besides this ridiculous state of inequality, the rich also don’t pay their fair share in taxes. (Are you shocked?) They received a giant tax cut from Donald Trump, and the crazy rich hide $32 trillion in offshore tax havens worldwide.

Meanwhile, for average Americans, things are, um… not as good.

As Alan Mcleod writes for MintPress, “A record 36 million Americans have filed for unemployment insurance, with millions more losing their employer-based healthcare plans, and around a third of the country not paying its rent.”

This explains why our government has not seen the need to truly bailout average people during this crisis. They have sent a check for $1,200 to regular citizens while giving 4.25 TRILLION dollars to big banks and corporate America.

Anyway, this idea of the plutonomy was actually leaked out in a Citigroup analyst note several years ago. They accidentally said the quiet part out loud to their super rich clients. It read:

“The world is dividing into two blocs – the plutonomies, where economic growth is powered by and largely consumed by the wealthy few, and the rest. …What are the common drivers of Plutonomy? Disruptive technology-driven productivity gains, creative financial innovation, capitalist-friendly cooperative governments, …and overseas conquests invigorating wealth creation, the rule of law, and patenting inventions.”