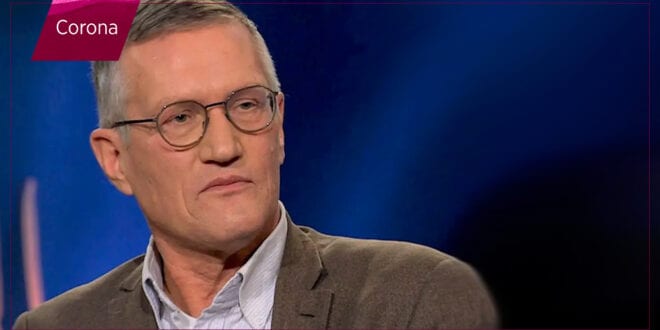 Herland Report: Leading Swedish health experts claim the country has a falling coronavirus infection rate because it was one of the few that didn’t go into lockdown and has rejected the need for masks, writes Rupert Steiner in MarketWatch.

Arne Elofsson, a professor in biometrics at Stockholm University, thinks the population has developed a form of immunity: “Strict rules do not work as people seem to break them. Sweden is doing fine.”

Anders Tegnell, an epidemiologist involved in managing Sweden’s pandemic response (the Financial Times called him its architect), thinks masks give a false sense of security: “The belief that masks can solve our problem is very dangerous.”

Prime Minister Stefan Löfven thinks voluntary social-distancing rules and not closing schools but banning gatherings of more than 50 people has been the right approach:

“Now there are quite a few people who think we were right,” he told a newspaper. “The strategy that we adopted, I believe is right — to protect individuals, limit the spread of the infection.”

Sweden pandemic experts defied lockdown and masks, and doing great: Data from the European Centre for Disease Prevention and Control show Sweden has a fortnightly infection rate of 37 cases per 100,000 people.

However, Sweden has an overall COVID-related death rate of 57.05 per 100,000, which is the ninth highest in the world, according to Johns Hopkins University.

What’s more, Sweden, which has a population of just over 10 million, has had a fatality rate of 6.8%; that’s lower than those of Belgium, the U.K., Italy and Spain, but higher than the fatality rates of Brazil, the U.S., Mexico, France and Ireland.

The U.K. considered a herd-immunity approach in the early stages of the pandemic but ultimately decided against it and opted for a lockdown instead.

That’s the theory. It would, if carried out perfectly, help countries manage the spread of the virus without overwhelming hospitals with sick people, while also mitigating the full economic impact of closing down public areas, canceling major events and introducing travel bans.

In its effort to reach herd immunity while minimizing economic damage, Sweden, critics say, failed to protect its elderly population, who make up the majority of those who died from COVID-19 there.

Another chink in its herd-immunity approach: Sweden only banned care-home visits at the end of March.

Ultimately, enough people would need to be immune to shield the most vulnerable to take a herd-immunity approach.

“With influenza, you need herd immunity of 60% to 70%. With measles, you need about 95%. With COVID-19, it’s somewhere in the middle,” Gregory Poland, who studies the immunogenetics of vaccine response in adults and children at the Mayo Clinic in Rochester, Minn., and expert with the Infectious Diseases Society of America, previously told MarketWatch.

Sweden pandemic experts defied lockdown and masks, and doing great:  In an interview with the Observer newspaper in London this month, Tegnell, the Swedish epidemiologist, claimed that up to 30% of the country’s population could be immune to COVID-19.