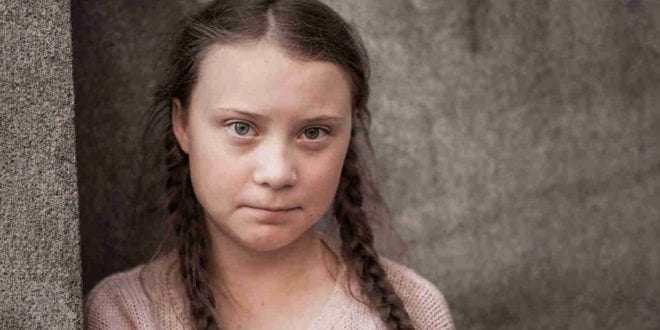 Billionaires, such as George Soros, who fund the Green – FossilFree, RebellionExtinct, #GretaThunberg show,  also heavily invest in oil and coal. Why?

1. By controlling the oil sector through the Wall Street divestment in oil strategy, an energy shortage is created in the world. We know that only four percent of world energy currently comes from Green energy, according to BP Statistical Review. 96 % is supplied by oil, gas, coal – the only reliable source of energy the world currently has. Of course, the leading investors such as George Soros are fully aware of this. (see chart below)

Once the shortage sets in, the very same investors will profit by the billions. Their army of Green youth, having worked for free, will gain nothing, and simply return to school. #PostApocalypse.

2. The divestment strategy fuels the American economy, which needs low oil prices. Both the political Green movement and the US trade war on China boosts low oil price and thereby, the US economy. Its Central Bank, the Federal Reserve, is privately owned, as many are aware of. Everyone benefits, which the charts below also demonstrate.

3. Not to forget another benefit, few speak about it, actually none as far as I have seen: the Wall Street billionaire take over of local shale oil companies through the prolonged oil crisis which puts the small ones out of business. US laws state that whoever finds shale on his property, owns it. Investors starve local shale drillers for funds, writes Financial Times,underlying the squeeze of funding.

As hundreds of local shale oil companies – many with local owners – now are bankrupt, the billionaire owned, regular oil companies are ready to take over. As FT points out: Consolidation is under way.

Takeovers this year have included Occidental Petroleum’s $55bn purchase of Anadarko Petroleum after it outbid Chevron for the company. Wall Street Journal pointed out back in August that small time shale owners are now struggling big time to pay back debts.

The investors behind  the Greta Thunberg-FossilFree/RebellionExtinct are brilliantly accomplishing to get a whole generation of naive youth working for free. Unknowingly, the youth help the Wall Street gurus to accomplish their goal.

The minds behind the Green engine are feeding on the fears of the young, creating a sect-like apocalyptic mode of the end of the world.

Gullible kids such as Greta Thunberg, who has been set up by Fossil Free from the very beginning, do not comprehend the financial game to which they are doing service. Thunberg was not even the one who came up with the idea of “School strike for the Climate”, as has been revealed recently.

It was Bo Thorén, Swedish manager of Fossil Free who introduced the idea to her, a story her mother also corroborates. Since then, the vulnerable Greta has skipped out of school and toured the world on behalf of Wall Street investors, who are funding the whole show. Who cares for Greta, at the end of all this?

The Fossil Free webpages come with a full resource pack, ala Gene Sharp’s Arab Spring: “Tools, guides + templates you can use to help your campaign succeed.” In other words, how to manipulate the public and young people to organize strikes, demonstrations and mass-movement to help bring about the desired divestment in oil, from which the very same billionaires will profit massively. Not to mention the allocation of wealth into even fewer hands, a trend that has prevailed the past years.

Bo Thorén, who suggested to Thunberg that holding demonstrations might be a great idea, had been getting in touch with PR firms, climate change lobby groups, famous individuals by January, 2018, looking for ways to cooperate in order to push the climate-change agenda.

He specifically spoke of the need to find a “child or young people that could become the front face for the climate-change and be used as opinion leaders.” This according to a Sverige Radio P4 Vest (Swedish Radio P4 West) interview, reported by Mediekanalen Norge from January, 19.

This is a trillion dollar industry now. The Heritage Foundation states that in 2012 alone, the leftwing Climate Policy Initiative study “Global investment in climate change” found that $359 billion was invested in eco-projects that year alone. The Greta Thunberg Show is only a small part of the billion dollar eco-campaign.

And the United States needs it. Both the divestment in oil, which manipulates and prolonges the crisis, and the current US trade war with China creates long term low oil prices. Which is needed in order to fuel the debt ridden US economy.

The President Trump economic strategy is doing very well in the US. Unemployment has not been lower in over 50 years, the unemployment rate among Blacks, Hispanics on a record low.

The mainstream media does not report much on this, understandably, as over 90 % of the US media is owned precisely by the US globalist oligarchs who wish to stop Trump’s focus on America First. Unemployment is down and black unemployment, at 6.8 percent according to the latest figures, is the lowest its been since the Bureau of Labor Statics started breaking out the number in 1972.”

By 2019, the unemployment rate was at a 70 year record low, according to Goldman Sachs, Business Insider.

The media’s role has gone from producing information about what happens in the world, to becoming political campaigns for billionaires’ next investment. In #EndlessWars, in oil as we see now, in pursuing economic gain at the expence of the people.

Bill Gates recently spoke about the irony that Wall Street money movers brag about having created the divestment in oil, saying he is so disappointed in the general public for not seeing through the manipulations. The income tracker for US economy, Goldman Sachs.

He says, “take the city of Tokyo with 27 million inhabitants. If the lights went out for three hours, which solar panels or battery solutions would reheat the city, bringing back electricity?” Gates asks.

“Electricity is 25 % of green house emissions. Whenever we came up with the term Green Energy, I think it screwed up people’s minds.”

“I was at this conference in New York where all these financial guys got on stage, saying “We’re going to raid companies in terms of their CO2 outputs, and take out companies that puts of lots of CO2, and financial markets are magical. Suddenly, all the CO2 will be omitted.”

Gates asks: “How are you going to make steel? Do you guys on Wall Street have something in your desks that makes steel? Where is fertilizers, cement going to come from? Do planes fly across the sky due to some number you put on a spread sheet? The madness of the so-called “Finance is the Solution”. There is no substitute for the way the industrial economy runs today.”