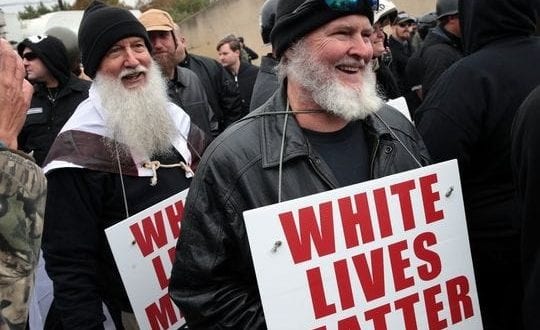 Herland Report: Hanne Nabintu Herland: Black Lives Matter anarchy riots may reelect Law and Order Trump: The murder of George Floyd raised legitimate anger over police violence, but sadly has been heavily abused by infiltrating political and anarchist groups. As they intermingle with those rightfully protesting against racism, looting and civil unrest will be blamed on blacks.

The riots may end up creating more division and segregation between races than ever before, the very opposite of the desired Black Lives Matter effect.

Donald Trump may easily profit from the BLM riots and win the upcoming election, if nothing unforeseen happens.

Sane Americans will want law, order and jobs, not Democrat supported defunding of police and an anarchy of rude white millennials who think it is good fun to burn cars, smoke marihuana and quit school.

This writes historian, author and founder of The Herland Report, Hanne Nabintu Herland in World Net Daily, the largest Conservative news outlet in the United States. Her latest book is out now: New Left Tyranny. The Authoritarian Destruction of Our Way of Life.

A small example of the politicized undertones: Why is the current debate on slavery solely focused on black slaves sold to white owners? It only discusses racism from whites towards blacks, not the other way around.

All whites are evil now? To insinuate this creates massive anger from the white population, as none of them were ever slave owners.

As Confederate statues are torn down, one also wonders: Are we going to ask Egypt to change its name, tear down its African pyramids which were built by slaves too?

And destroy mummies of pharaoes that had slaves?

Isn’t that exactly what we criticized ISIS for doing just a couple years back, smashing ancient irreplaceable statues?

Black Lives Matter anarchy riots may reelect Law and Order Trump: The slave trade in question began in Africa when the black tribes, in war with each other, sold the slaves that they took from other tribes to the Arab slave traders. No white man was around for a long time while this was happening.

The Arabs then transported the slaves to the coast.

Are we going to change the names of African tribes too? And tear down the dignity of their names in history? What about Muslim leaders who had slaves?

White men were unable to enter the harsh tropical environment in the interior of Africa, and waited with ships in the coastal regions. Here the Arabs came, who had bought slaves from other black tribes in the interior.

Not only white men were involved in the black slave trade. African tribesmen and leaders, the Arabs and the white slave ship owners all bought and sold slaves.

In other words, everyone understands by now that there are forces at work that wants us all to hate each other. Many are so easily duped by feelings created by media propaganda and group think that they do not reflect upon how the race question now is being exploited to create even more hatred.

While the Black Lives Matter funding is said to go to those in need, donations go directly to a fundraiser called “Act Blue” that has given hundreds of millions to white, rich Democrats running for President. Act Blue is actually a fundraiser for the Democratic Party.

Civil unrest now unravels in the US, step by step according to the exact same Gene Sharp manual, even with bricks and stones administered to the raging demonstrators, just like what happened at Tahrir square in Egypt in 2010.

“If blacks today had a real leader like Martin Luther King, Jr., that leader would be protesting police violence against people irrespective of race.  Such a protest would be a unifying act instead of a divisive one.  People such as myself could again see hope for American society,” writes Dr. Paul C. Roberts.

What the Black Lives Matter movement does not sufficiently understand is that they are being used by billionaire white capitalists who aim to get to Trump.

Before corona, the US under Trump saw the lowest unemployment rates among blacks in over 50 years, prison reforms that benefit blacks were carried out by the Trump administration, black Americans are front and center in his administration.

It apparently was nothing to her, she even tore up the Trump speech on national television.

As we all remember, it was the Democrats that fought for slavery, supported the confederate flag, joined the KKK and so on.

The hypocrisy is baffling.

The aim is to end democracy in the United States, control Congress and taxpayers and assemble the power into the hands of the very few. And all of those are white and rich.