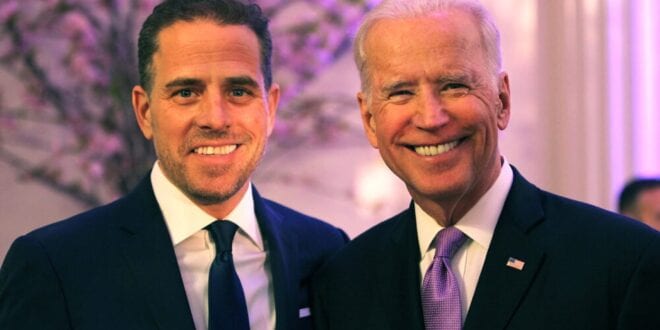 Herland Report: Covering Up Biden Scandals: There has never been a news media as biased as the American one.

The New York Post’s report that the FBI has laptops belonging to Hunter Biden that contain emails showing Hunter and Joe Biden’s use of the Vice Presidency for business deals that amount to influence peddling and money laundering was banned from Twitter, Facebook, and Google.

The New York Times, Washington Post and other of the press prostitutes tried to discredit the story with the fake news that it was Russian disinformation to help Trump win the election, writes political economist Dr. Paul Craig Roberts, a leading US analyst.

National Public Radio refused to mention the story other than to brand it a story that is not really a story, simply a waste of “listeners’ and readers’ time on stories that are just pure distractions.”

NPR, of course, was all into distractions that wasted readers’ and listeners’ time on Russiagate and Impeachgate and wasted President Trump’s entire term.

The problem with the press prostitutes’ attempted coverup of the Bidens’ crooked dealings is that the FBI has Hunter Biden’s laptops, and both the FBI and the Department of Justice agree with the statement of John Ratcliffe, Director of National Intelligence, that the emails are the real stuff and not a Russian operation to interfere in the November election.

Even worse for the presstitutes and the Bidens, two former business partners have come forward to verify the emails as authentic.

Whether these high ranking Democrats had agreed or not, I cannot say, but obviously the Biden team thought them corruptible.

The evidence against the Bidens is extremely damaging and is pouring out from Biden associates.

CNN, Twitter, Facebook, Google Covering Up Biden Scandals by Refusing to Report on Them, Herland Report: So there it is out in the open.

A Democrat Party and presstitute scum that has spent four years telling lies about President Trump is revealed in all of its sordid corruption.

The  Democrat Party is a gang of crooks, and the American media is nothing but a propaganda ministry for the Democrat Party dedicated to covering up its crimes.

It is impossible to find an ounce of integrity in the Democrat Party other than Tulsi Gabbard, and she is the party’s shunned member.

No integrity exists in the American TV, print, or NPR media other than Tucker Carlson and one or two others at Fox News.

NPR is the worst of the lot.  NPR pretends to be a “member supported” radio station, but it is nothing but another commercial station.

NPR is so dishonest that it presents its commercial advertisements as if they are charitable donations in the same tone of voice and words—“with support from”—that NPR uses for its support from foundations.

Somehow NPR’s member supporters are too dense to comprehend that if NPR will attempt to pass off a commercial advertiser as a charitable donor, NPR cannot be trusted to objectively convey news.

If Americans elect Democrats next month, they will have turned their government over to a criminal gang and will have empowered the most corrupt media—a.k.a. Ministry of Propaganda—in the history of the world.  The United States will never recover from such a devastating mistake.

Previous Beheaded Infidels Versus Fear of Islamophobia – Macron ramping up
Next Joe Biden Admits That Democrats Are Relying on Vote Fraud to Win….