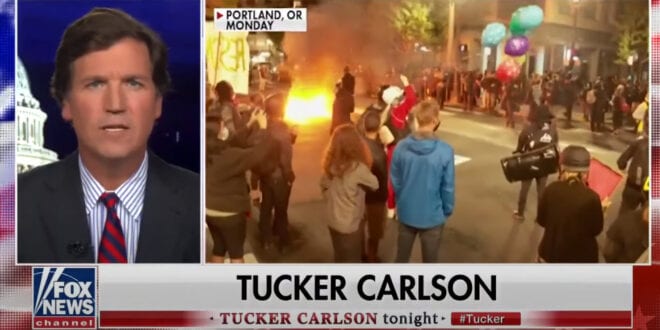 He said that President Trump should end the widespread practice of indoctrinating federal employees in race theories.

This theory asserts that legal institutions are inherently racist, and a socially constructed concept used by “white people” to further their gains at the expense of “blacks”, states Britannica.

The root of Critical Race Theory is Marxism. It comes from the pool of ideas introduced post World War II by neo-Marxist thinkers such as Herbert Marcuse and Jacques Derrida.

Openly stating that they were neo-Marxists, they sought to deconstruct traditional, Western ideals and replace these with a atheist, Marxist value base, writes historian of comparative religions and author, Hanne Nabintu Herland in her regular column at World Net Daily.

Critical Race Theory and Neo-Marxism in America: It was the Frankfurt School in Germany that pushed for a modified Marxist ideology after the war, as philosophers such as Theodore W. Adorno, Herbert Marcuse, Friedrich Pollock and Max Horkheimer launched the concept of “critical theory,” implying that science should not just describe, but change social structures. I explain this in my book, The Culture War.

Martin Jay describes the period well in The Dialectical Imagination. A History of the Frankfurt School and the Institute of Social Research 1923–1950.

Frustration dominated the leftist thinkers in Germany, distraught when the Bolshevik revolution implemented Marxism in Russia during World War I quicker than what they were able to do in the West. How could the Soviets grab this vital ideology and make it their own at such a quick pace?

Jay says they were left with two choices: either support the Moscow Communism or the more moderate Socialism of the Weimar Republic in Germany. A third choice gradually emerged: The construction of neo-Marxism.

German thinkers began re-examining Marxist theory and modernizing it. This became the Frankfurt School which later succeeded in reshaping the university teachings and social structures in the West.

The elite abusing its power was a very present problem at the time, given that the bureaucratic institutionalized society that marked modern democracy had made National Socialism (NAZI) function so well in Germany.

It was precisely the excellent organization within the institutions and the state-controlled bureaucracy that made National Socialist Germany so efficient.

Adorno and Marcuse became the intellectual founding fathers of the student rebellions of 1968 that brought neo-Marxism to the forefront in American contemporary life.

Critical Race Theory and Neo-Marxism in America:  The original agenda was to establish a just society where minorities were no longer oppressed, but it may be argued that this ideology has ended up pushing for discrimination against whites and abolishing the very Western value of equality, regardless of race, creed and gender.

Marcuse openly spoke of the need for “repressive tolerance”, that is discrimination against those with non-Marxist views.

Conservatives, religious groups such as Christians, Jews and believers in traditional values have since felt the neo-Marxist wrath. The lack of respect for free thinking rooted in critical theory, was later to bloom in today’s regressive, illiberal Left.

The self-proclaimed neo-Marxist French-Algerian philosopher, Jacques Derrida is important in this context. He is the so-called father of multiculturalism, which sought to dissolve traditional Western, historical values through his own method, “deconstruction”.

He famously speaks about power structures as pairs, one weak and the other strong. Male-female, white-black, majority-minority, and so on, automatically assuming that the power balance is static.

This means that the “white” is always the strong in the pair, and the “black” always the weak. The inherent racism against certain skin colors in this neo-Marxist theory is apparent, as “blacks” are viewed as the weak link and chronic helpless victims. Derrida’s focus on race perfects the flaws in post-modernism, as skin color has never defined who is right or wrong.

Derrida did not – intentionally or not – reflect upon how power fluctuates; it is not static to one group. Even Karl Marx wrote about this when discussing his socialism, how the feudal nobility lost power to the renaissance bourgeoisie.

One group was powerful in one setting, the new group dominating the next. One may possibly argue that Derrida’s project was to tear down Western culture by attacking the very pillars that made it strong: The traditional family, marriage, the woman, the church and so on. And this has worked very well.

As strong believers in critical theory, they attacked the misuse of power, but failed to see how the breaking up of historic traditions and religious values dramatically weakened Western culture itself. Thinkers such as Marcuse, Adorno and later disciples such as Derrida thus ended up leading the attack on historical values that now permeate the very core of our culture.

Hanne Nabintu Herland is a historian of comparative religions, bestselling author and commentator. She is the founder of The Herland Report news and opinion website which provides independent analysis from Western intellectuals, ground breaking YouTube interviews and Podcasts, cutting through the mainstream media rhetoric. This is a great place to watch interviews with leading intellectuals, thought leaders from across the political spectrum. Herland’s books include Respect, Det Nye Babylon, The Culture War. How the West lost its Greatness, and her latest, New Left Tyranny. The Authoritarian Destruction of Our Way of Life is available on Amazon, Barnes and Noble, across the USA and in 60 countries world-wide. New Left Tyranny shows how the neo-Marxist New Left turned their back on historical Western principles and became a destructive authoritarian force. www.theherlandreport.com

Previous Actor Jim Caviezel speaks up about the ‘barbarism of abortion’
Next Donald Trump nominated for 2021 Nobel Peace Prize, by Norwegian Christian Tybring-Gjedde, for Israel/UAE deal