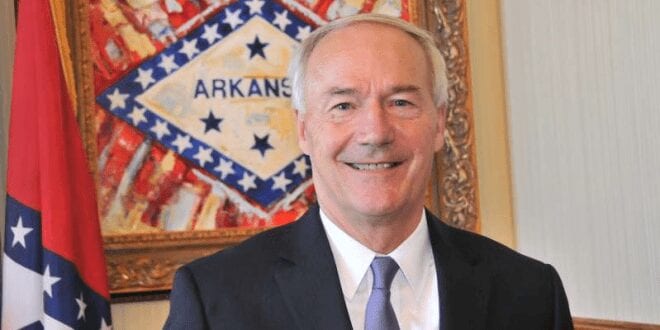 Herland Report: Eight US states have defied lock down and remain open: Not all US governors have chosen a lockdown.

These states are limiting the size of gatherings, close schools and some nonessential businesses, and prohibit on-site dining at restaurants.

But they have stopped short of directing all residents to stay home except for essential business, writes Los Angeles Times.

Eight US states have defied lock down and remain open: The Republican governors in the states in question have argued that their hospitals are not overrun, they are not hit hard by the coronavirus and mainly consist of rural areas.

The governors have said they don’t want to hurt small businesses or infringe on individual freedoms.

Here’s what these governors have done so far, and why they don’t plan to issue a stay-at-home order.

But he has stopped short of a stay-at-home order and has blocked local leaders, including the mayor of Little Rock, from issuing stricter orders.

Hutchinson said his administration has worked with mayors on targeted responses, but he wants to take a “long-term approach” to combat the outbreak.

“You’re not going to win simply by a lockdown because there’s no such thing as a true lockdown where everybody stays at home and does not go out,” he said April 12 on CNN’s “State of the Union.” “The most important message is you wear your mask, you do your social distancing. And the people of Arkansas have embraced that.”

The state of 3 million people has more than 2,270 confirmed coronavirus cases and 43 COVID-19 deaths, according to data compiled by Johns Hopkins University. There has been a massive outbreak at the Cummins Unit state prison, where 670 inmates tested positive as of Tuesday, according to The Associated Press.

Eight US states have defied lock down and remain open: Gov. Kim Reynolds has stopped short of issuing a stay-at-home order, but she has closed schools and some businesses and banned public gatherings of more than 10 people.

In the northeast region of the state, which includes Cedar Rapids and Dubuque, she’s issued stricter rules that limit “social, community, recreational, leisure and sporting gatherings” to only people who live in the same household. Weddings, funerals and religious gatherings of no more than 10 people are allowed if participants practice social distancing measures.

Gov. Doug Burgum has also argued that the measures he’s taken add up to a stay-at-home order. In a series of executive orders signed between mid-March and early April, he closed schools, gyms, movie theaters and personal grooming businesses such as salons and tattoo parlors. Visitors are banned from long-term care facilities. People who test positive for the coronavirus must quarantine at home for 14 days along with family members.

Though schools have been closed since March 16, Noem has not closed businesses or banned public gatherings. She has ordered residents older than 65 or with underlying health conditions in two counties to stay home, limited government gatherings and directed businesses to follow Centers for Disease Control and Prevention guidelines on social distancing, all while emphasizing the importance of protecting civil liberties.

“I believe in our freedoms and liberties. What I’ve seen across the country is so many people give up their liberties for just a little bit of security and they don’t have to do that,” Noem said during a Fox News interview last week. “If a leader will take too much power in a time of crisis, that is how we lose our country.”

Eight US states have defied lock down and remain open: Nearly 4 million people live in Oklahoma, which has more than 2,800 confirmed cases and 170 COVID-19 deaths. The state has closed schools and nonessential businesses, but Gov. Kevin Stitt has issued stay-at-home orders only for at-risk populations such as the elderly and those with preexisting health conditions. Mayors in the state’s biggest cities, including Oklahoma City and Tulsa, have issued blanket stay-at-home orders.

Gov. Gary Herbert has issued a series of guidelines encouraging people to stay home and practice social distancing and good hygiene. Schools and nonessential businesses such as fitness centers are closed. On Friday, Herbert announced plans to slowly begin to reopen the state as soon as May.

Gov. Mark Gordon closed schools and some businesses and prohibited gatherings of 10 or more people. During an April 3 news conference, Gordon said he and his administration have encouraged people to stay home, wash their hands, go to the store only when necessary and not gather in large groups.  Read the full article here.

The Herland Report Scandinavian news site, TV channel on YouTube and Podcasts have millions of readers/viewers yearly. It is a great place to watch interviews and read the articles of leading intellectuals, thought leaders, authors and activists from across the political spectrum. The Herland Report believes in freedom of speech and its editorial policy resides above the traditional Left vs Right paradigm which we believe has lost its relevance and ability to describe the current driving forces in Western politics.
Previous Corona definerer slutten på åpne grenser i Europa – Marine Le Pen
Next 3 million go hungry in the UK today due to lockdown policy #RichiSunak