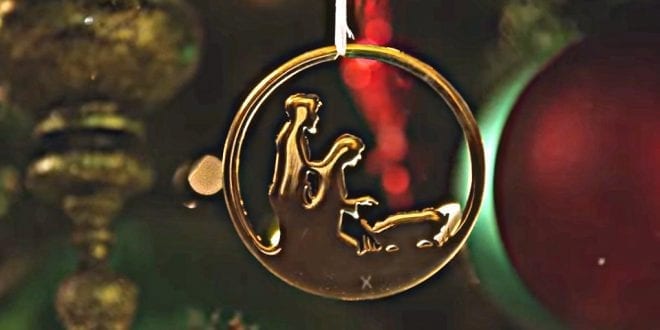 For Millions Of Americans, No Money No Christmas 2020

Share
Herland Report: In modern times, there has never been a Christmas like this in America.  Millions are freshly unemployed, another wave of lockdowns is forcing countless businesses to close their doors, and people are waiting in line for hours at food banks all over the nation just to get a little bit of food for their families.
Of course those at the bottom end of the economic food chain are being hit the hardest.  It is being reported that employment among those that make $27,000 a year or less is down 20 percent from pre-pandemic levels, writes Michael Snyder at his blog.
That is an extremely shocking number, and it helps to explain why the number of Americans living in poverty rose to 52 million during the month of November.

But it isn’t just the unemployed that are suffering.  Many of those that are still working have had their hours cut or they aren’t able to make as much in tips, commissions or bonuses as they did prior to the pandemic.

For Millions Of Americans, No Money No Christmas In 2020: Tens of millions of households are bringing home less income these days, and this has become a major national crisis.  In fact, one brand new survey discovered that a whopping 42 percent of U.S. households are currently making less money than they did prior to the pandemic…

“Nine months into the pandemic, 42% of Americans say their household income is still below what it was before the coronavirus outbreak began, according to a new survey from Bankrate.com.”

“As the financial fallout from the pandemic continues and with expanded unemployment benefits and eviction moratoriums set to expire at the end of the year, 85% of adults are worried about a lasting negative impact to their income. That’s an increase from the percentage of people who reported that same concern in June.”

With less money to go around, this is not a “normal Christmas” for millions of U.S. families.

And in some cases, there simply will not be any presents at all.  For example, an unemployed nurse in Kansas named Sierra Schauvilegee says that her children “will not open a single gift” on Christmas morning this year…

“There will be no presents under the Christmas tree this year for Sierra Schauvilegee and her children. Schauvilegee lost her job as a nurse when the residential care facility she worked for permanently closed down at the start of the coronavirus pandemic. Finding new work has proved impossible.

“This is the first year my children will not open a single gift, nothing under our tree,” said Schauvilegee, who lives in Ingalls, Kansas. “I used all my savings to survive and I begged my mother to move in until I received rental assistance and food stamps, that is all I literally have.”

Sadly, her case is not an isolated one.

There are so many others that are in the same boat, and that includes 60-year-old Melinda Cawthorne Shannon of Tampa, Florida…

“Since July 26, 2020, we have been surviving on an unemployment income of $900 a month after taxes which is Florida’s maximum unemployment payment. This amount does not even cover the cost of rent for our tiny apartment,” Cawthorne Shannon said. “We have sold all personal items, except for a car, that had any value just to pay a bill. So now we sleep on palettes or lawn chairs.” She is unsure whether they will be able to stay in their apartment after New Year.

For Thanksgiving, Cawthorne Shannon and her daughter were only able to afford to have stuffing and cranberry sauce sandwiches. This year for Christmas, they can’t afford to celebrate it at all. They are hoping next year will be better.

For Millions Of Americans, No Money No Christmas In 2020: Could you imagine sleeping on a lawn chair?

But at least she still has a roof over her head, and that is more than 57-year-old Randy Chase has…

Randy Chase has lived in his pickup truck for months.

Luckily, the tiny cab of his 1996 Nissan is easy to heat and that’s a life saver in the sub-freezing winter chill outside of Denver.

Randy normally works as a construction worker, but work in his area has really dried up during this pandemic.

Now he spends his nights trying not to freeze to death in his truck, and that was made more difficult after his truck was “partially wrecked by a hit-and-run driver”…

Chase has suffered misfortune after misfortune since the spring: Unemployment benefits have been stuck in limbo. Work opportunities have been sporadic. Now, the cold makes it hard to find jobs in his trade, as a mason on construction crews. His savings depleted and his truck partially wrecked by a hit-and-run driver, Chase can’t move somewhere where jobs are more plentiful.

Have you ever spent a night sleeping in a vehicle in a strange location?

If not, you should try it some time.

I promise you that it will be an experience that you will never forget.

Unfortunately, millions more Americans could soon find themselves thrown out into the streets.

By January, more than 11 million households will owe more than $6,000 in back rent, utilities and late fees, on average — about four months’ worth, according to an estimate from Moody’s Analytics. That’s a collective deficit of $70 billion.

For Millions Of Americans, No Money No Christmas In 2020: In past articles, I have warned about the unprecedented wave of evictions that we could see in 2021.  Unless something dramatic happens, the suffering that we are going to witness is going to be off the charts.

Of course what we really need is for the lockdowns to end so that the economy can start getting back to normal, but instead a new round of lockdowns is depressing economic activity all over the nation.

Today, I was stunned to learn that Apple is temporarily closing all of their stores in the entire state of California.  The good news is that those stores will eventually open back up again, but countless other businesses that are shutting down right now won’t be so fortunate.

This is what an economic depression looks like, and what we have experienced so far is just the beginning.

If you still have a warm home, plenty of food on the table and money for some of the luxuries in life, you should consider yourself to be extremely blessed.

Because for tens of millions of Americans, this Christmas is going to be an exceptionally bitter one, and the year ahead is not looking very promising at all.

Michael Snyder and I am the publisher of The Economic Collapse Blog, End Of The American Dream and The Most Important News. The articles published on those sites are republished on dozens of other prominent websites all over the globe. Michael Snyder available book s are on Amazon.com including The Beginning Of The End, Get Prepared Now, and Living A Life That Really Matters. (#CommissionsEarned) By purchasing those books you help to support Snyder’s work. Follow him on Facebook, Twitter and Parler.