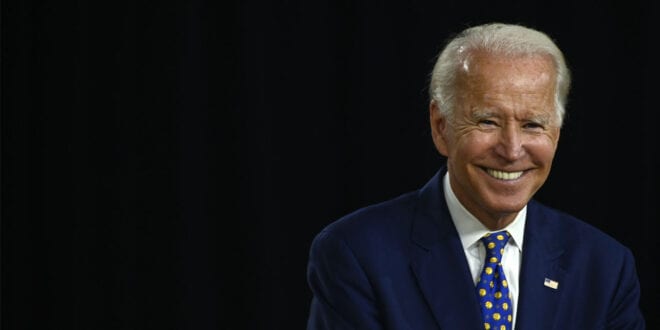 Herland Report: Steve Brown: Donald Trump believes he was setup. Perhaps he was. And, understandably, he wants revenge for three years of harassment on Russia. After all, that’s how he rolls when crossed.

But the bigger picture is that Trump owes Sheldon Adelson $80M+ in tribute because that’s what Adelson paid him.

Mr Trump owes much of his political existence not just to hedge fund managers and casino billionaires like Sheldon Adelson and Rebekah Mercer* —  but to Israel as well.  In this article we’ll explore the related mix of foreign policy scenarios that may result going forward, where the playing field has already evolved since the US election, writes author Steve Brown for The Herland Report. He is an antiwar activist, a published scholar on the US monetary system.

Trump’s crew have only a few weeks to appease their donors. Clearly, the current regime has got little time to settle scores and the donors want results for their money.

Hedge fund managers and the funding of Presidents: Joe Biden inherits trouble: Mr Trump needs to provide those results, since the family knows such tribute will protect them from prosecution going forward.  As such, Trump may leave a war legacy for Biden despite all the talk that he is ultimately a man of peace.  That won’t sit well with the Deplorables, even if the five-layer chess match is far more complex than imagined.

Likewise the residual regime may be intent on setting-up Democrats to fail, since Beltway Neoliberals screamed for years about Russian-state election meddling with constant diatribe about collusion. Note how the major media’s Russophobia has largely vaporized now since the Beltway Blob has its mouthpiece in office — or almost does.

Hedge fund managers and the funding of Presidents: Joe Biden inherits trouble: Most of all, the Evil Empire wants to sucker punch Iran into war because this is seemingly the ideal time (the end of this presidential term) to do so. But first, a little history. The end — or beginning — of any US regime offers unique opportunity, usually with negative result.

Schultz’s euphemism to Shamir was essentially, ‘knock yourselves out’ (to defeat Hezbollah). Israel failed. And that was all under cover of the ‘Schultz Peace Plan’ which had no possibility to succeed. Sound familiar? The current regime follows the same playbook… with the same failed result.

Now giving Israel free reign in Syria and attempting to sucker-punch Iran into war by assassinating its top nuclear scientist is somewhat reminiscent of Reagan’s Iran policy at the end of his term, but with a difference.

Reagan’s donors were not so entrenched, nor so wealthy, nor so powerful as Trump’s — or Biden’s. And the United States was not so politically beholden to Israel as it is now… not to mention the Kingdom.

Such toxic adventurism puts Joe Biden’s foreign policy on toxic ground right here, right now. And the Empire’s assassination of  Fakhrizadeh has ended ‘peace talks’ between Israel and the Kingdom. That’s Because Mr bin Salman is a rogue actor, acting independent of the current King who is essentially unaware of what’s happening in his Kingdom.

Hedge fund managers and the funding of Presidents: Joe Biden inherits trouble: The foregoing is of course a US foreign policy failure, one which the Trump-Kushner axis is unlikely to care much about when the US is obsessed with its contagion and a blown general election, and their own politically numbered days.

Ongoing issues in Iraq, the US stealing oil in Syria, the Saudi war on Yemen, America’s endless war in Afghanistan, and the Israeli siege of Gaza are all coming to a head – the real head of the snake where the Evil Empire is concerned.

And Mr Warfare State Biden will be in a real bind if Trump-Pompeo continue to poison the foreign policy well,  not just on Iran, but with China and Russia, too.

A greater pattern certainly exists. For example, the much-touted Israeli ‘deal’ with the United Arab Emirates — where the UAE has been a weapons trader with Israel for many years as well as an illegal gold trader  — proves that ‘normalization’ of trade with Israel is simply a formality.

The same applies to Sudan, whose caretaker government agreement entered into a baseless agreement with Israel on false pretenses.  The foregoing bodes poorly for peace with Arab nations, especially those that cannot be bought by the west.

Virtually unreported in the west, attacks on a tanker and Saudi oil terminal provide a window on how Iran may avenge the assassination of its scientist. Iran has options in Syria, Iraq, and Afghanistan, too.  So how will Mr Blinken address that? Especially when Mr Pompeo – a Statecraft subversive run amok if ever there was one — further poisons the well.

Where do Pompeo’s State orders come from?  Hark back to the donor class and to the hands behind them whose names we do not know.

Point being, the media euphoria about Biden and that America is back! – is a concept that is as eerie as it is surreal. The very thought that common sense will now prevail in a landscape that has lost its collective geopolitical mind is not only misplaced, but abjectly delusional. And false.

It’s a complex matrix of an unworkable system based upon MMT, corruption, graft, and Grifter’s Rule too… not just about murderous Pentagon/CIA planners and foreign policy. It’s a world where political assassination is accepted as the rule of law, then whitewashed as ‘targeted killing’. One can only conclude that this amorality and chaos will continue.

Truly this chaos is just beginning. It’s engineered and it’s inevitable with the plutocracy we have. As examined in Anarchy in the USSA we are all in for a very rough ride. Not by our failings, but by those ‘leaders’ and the media we have allowed to program us, to manipulate our media, our thoughts, and our beliefs. It’s not just Joltin’ Joe. It’s going to be a real rough ride going forward.  Real rough. Hang on.

*Mercer is an anti-Islam advocate

John Steve Brown is the author of “Iraq: the Road to War”, editor of “Bush Administration War Crimes in Iraq”, “Trump’s Limited Hangout” and “Federal Reserve: Out-sourcing the Monetary System to the Money Trust Oligarchs Since 1913”; Steve is an antiwar activist, a published scholar on the US monetary system, and has appeared as guest contributor to The Duran, Fort Russ News, Strategika51, Herland Report, and the Ron Paul Institute.
Previous The Massive Corona Redistribution of Wealth: Elon Musk richest man #GreatReset
Next The Proof Is In: The Election Was Stolen, writes Paul Craig Roberts