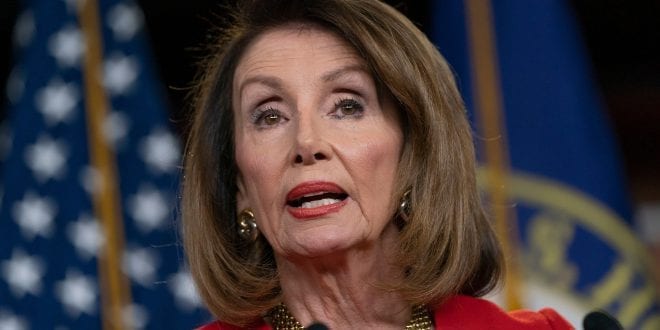 Impeachment SHOCK, listen to how Nancy Pelosi explains how Democrats smear and lie

Herland Report: The ongoing political civil war in the United States, and attempted coup against the duly elected president, Donald Trump steadily puts the corruption within the Democratic Party forefront.

American corruption on State level is now so obvious that leading intellectuals, openly speak of attempted coup d’etat in America.

Listen to how the Speaker of the House, Nancy Pelosi explains how Democrats smear and lie in the video below, how the Democratic Party smears its opponents with falsehoods and lies, then reports the smear and lies to the press.

They then use the same smear reported in the press by the Democrats, as Pelosi says, to re-validate the lies as “confirmed by the press.” It is apparently called The Wrap Up Smear, of which she seems proudly confident that is an honorable Party tactic.

Many ask why we do not cover the impeachment process the same way we covered Russia Gate. We think that Dr. Paul Craig Roberts says it best: The answer is that there are no grounds for impeachment. This is a purely partisan exercise of power by the House Democrats and the presstitutes.

The stated national aim of president Donald Trump is to be found in the speech below.

Previous Dr. Ron Paul exclusive: The elites have no empathy with the working class
Next Leftist ignorance and black and white polarization in Politics – WND