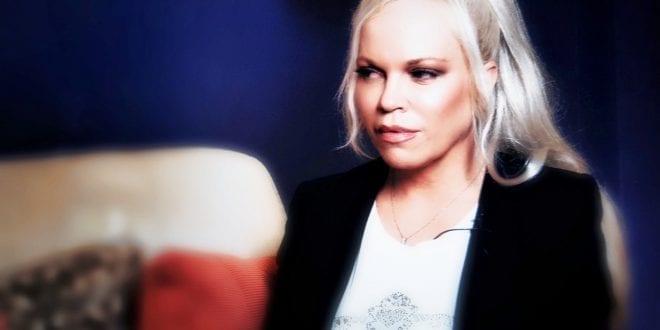 Leftist ignorance and black and white polarization in Politics – WND

Hanne Nabintu Herland: The US assassination of General Qassem Soleimani has illustrated quite well how little many in the West know about the realities on the ground in the various Middle Eastern countries. There is a rampant black and white polarization in Politics.

The killing was instantly politicized domestically by Democrats, as if yet another reason to “remove Trump” in the ongoing attempted coup d’etat against the nation’s elected president.

It seems to us Europeans that many in the United States live behind Soviet walls in their utter ignorant perception of the international world. The Herland Report recently spoke to US Senator Richard Black on this topic.

Hollywood actress, Rose McGowan’s tweet serves as an example: “Dear #Iran. The USA has disrespected your country, your flag, your people. 52% of us humbly apologize. We want peace with your nation. We are being held hostage by a terrorist regime. We do not know how to escape. Please do not kill us. #Soleimani.”

McGowan, who states in her Twitter account that “I am here to make society better” (sic), actually says the United States is “being held hostage by a terrorist regime” when president Trump is the people’s elected president. She thereby openly states that she does not respect the outcome of democratic elections.

When a president is elected by the majority of the people in the nation, McGowan thinks that makes it a “terrorist regime”? The stupidity is unbelievable. And here we are trying to prove that women are intelligent too and female ignorance on this level comes along?

The Hollywood actresses who praise the Iranian system would not even be allowed to land in Teheran without putting on total Islamic veils and cover even the slightest part of their hair, arms, legs and so on.

Let them try start demanding “free speech” in Iran, for example, and build Christian churches, for that matter. McGowan is but one example of the same phenomenon engulfing the West:

We have this chronic tendency to categorize reality into either “good” or “bad” nations or politicians. Some countries are considered “good”, others “evil regimes,” corresponding to the geopolitical quest for territorial dominion.

The Left, whose “benevolent billionaires” own the US media, do all in their power to demonize Trump. Anything Trump does, is “evil” regardless of what the president says or does.

Anything Hillary Clinton says, on the other hand, is “great, just and should be listened to”. Had it been “the good” Obama sending off drones and killing Middle Easterners, chances are he would receive the Norwegian Nobel Peace Prize for it.

We get it. The idea is that the world is divided between “good” and “evil” and “Trump is evil” and “paradise on earth is Iran”. Israel is “evil” too. “All Jews are bad” and “all Iranians are good”? The degree of anti-Semitism today is unbelievable.

The Walt Disney like portrayal of nations or politicians, black and white polarization in Politics is extremely dangerous. It does not correspond to reality and sends its believers into a world of utopianism.

The categorization technique serves yet another purpose – maybe the most important: It gives a nation an outer enemy, something “evil to fight”. Iran serves this purpose to Israel, and Israel to Iran.

Iran is particularly clever in the game of demonization. Anyone who knows this massive country, is fully aware of its religious priesthood’s clever usage of the fear of outer enemies to quench domestic diverging opinions. When you incite fear into a nation, they are easily subdued into submission under its political rulers.

And how is it with free speech in Russia, by the way? Russia Today (RT) is remarkably great at criticizing the West and the US, and equally very clever in avoiding criticism of Russia, their own president or their own power structures.

If you have noticed, RT seems more and more to be about bashing only the West. What about reporting critically what happens in Russia?

Don’t get me wrong: Russia is a wonderful place with a great history and people, Iran equally a great nation with such a rich history, not to forget the wonderful Iranian food. But that does not make these nations the saints of the world while president Trump “always is the devil”.

Power corrupts, regardless of race or culture. There is corruption everywhere, not only in Washington.

What we need is more unbiased knowledge about other nations, grounded in reality not progressive utopianism. Let us get realism rather than idealism and a balanced view on what is going on in the world.

Hanne Nabintu Herland is a bestselling historian of religions and bestselling author. She is the founder and host of The Herland Report Scandinavian news site, TV channel on YouTube and Podcasts which have millions of readers/viewers yearly. This is a great place to watch interviews with leading intellectuals, thought leaders, authors and activists from across the political spectrum – free from political correctness. The Herland Report believes in freedom of speech and its editorial policy resides above the traditional Left vs Right paradigm which we believe has lost its relevance and ability to describe the current driving forces in Western politics. Herland’s latest book, The Culture War. How the West lost its Greatness, is available in the USA and 60 countries world-wide. www.theherlandreport.com

Previous Impeachment SHOCK, listen to how Nancy Pelosi explains how Democrats smear and lie
Next Are There Patriot Anti-Ballistic Missile Defense Systems in Iraq?