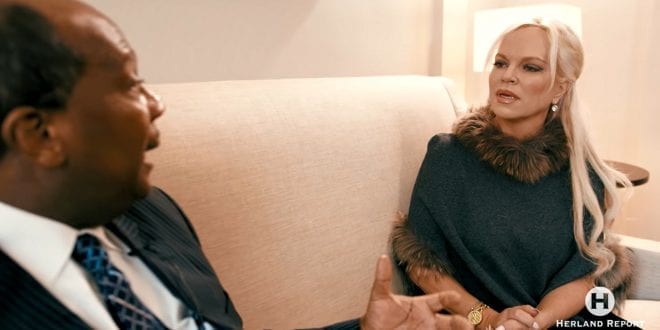 Herland Report TV (HTV): “When I grew up, there was this social etiquette you had to have, a respect for others. All this has gotten lost and we are worse off because of it,” says Dr. Reginald Davis, professor, author, frequent radio guest and lecturer all over America, pastor of the historic First Baptist Church in Virginia.

As morality, civil rights and respect for difference of opinion is fading, society is disintegrating into sub-group identities based on race, religion, gender and class.

Dr. Reginald Davis says: “Once a lot of the new technology was introduced to the American culture, instead of bringing people together, interfacing with people, looking them in their eyes, shaking their hands, having a dialogue with them, – a lot of these devices really took people’s attention off of each other and put the attention on their devices. So, technology has a positive component and a negative component.”

“If we don’t strike a balance between the technology and interfacing in dialoguing, relating and having a fellowship with people, we are going to have a lopsided society, which I believe we have now. People don’t talk to each other face to face, but they rather get online or tweet instead of talking to each other.”

We have lost politeness: “When families dine together, they have their iPads or iPhones and they are tweeting or doing something while not paying attention to the family. I think that that creates a disconnect. It increases a disconnect between the siblings and the parents.”

“Parents really do need to set a standard, a limitation on when kids can use these devices and when they cannot. Because, if we don’t bring that fellowship back in, I am afraid that the technology is going to continue to push us apart.”

Dr. Reginald Davis:“If the parents don’t raise the children well and those children become parents, they are not going to have the skills to pass on to their children. It is so unfortunate that a lot of children are raising children. So, therefore they don’t have the skills, not the etiquette that they should have learned at home.”

“That is because the home doesn’t have the parents anymore. You used to have two parents, now you got either one or the other and that parent has to work and leaves a void in someone being there to teach those children. So, we really have a big problem and I think we have to go back to the foundation of any society, and that is the family.”

“When I was growing up, there was a social etiquette that we had to have: “Good morning,” “Yes, Sir,” “No, ma’am.” You opened up the door for someone, you were polite. All that is lost in this technological age.

The respect part is fading, how you treat with someone different from you. Those things have gotten lost and we are worse off because of it.”