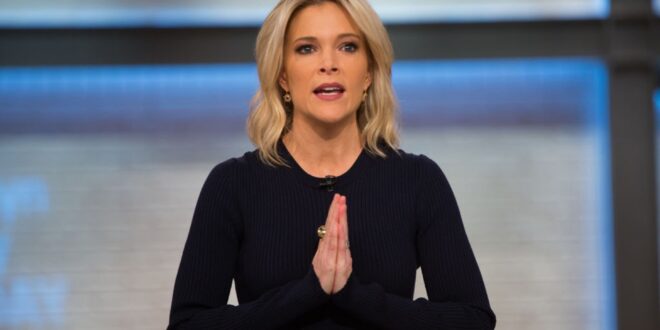 Daily Wire: In an interview with “BBC Newsnight” on Saturday, former Fox News anchor and current podcast host Megyn Kelly placed part of the blame for the breach of the U.S. Capitol on January 6 on the mainstream media, saying that the media hated former President Trump so much, they lost their objectivity, prompting a complete lack of trust in them from the public.

Kelly stated, “’I remember listening to all of [Trump’s] disparaging comments about CNN when he first became a national figure as a presidential candidate, and I watched a lot of CNN even though I was on Fox. And I was like, this is unfair.”

“CNN may be a little boring, but it’s fair and it’s factual. It’s not biased against Trump. Then they spent the next four years proving him right – proving me wrong,” according to the Daily Mail.

Megyn Kelly: Complete Lack Of Trust In Media: “They hated him so much they checked their objectivity, and it wasn’t just CNN, all of them did,” Kelly continued.

“They just couldn’t check their own personal feelings about him. Either that, or they signed on to what I call the Jorge Ramos theory of covering Trump. He was at Univision, and he advocated, prior to Trump’s election, that we needed to cover him differently; that you needed to outwardly call him a racist, sexist, misogynist, all of it, and that that was important for history, and I think too many journalists agreed with that, at their own peril. Part of the reason we saw what happened at the Capitol here two weeks ago was because there’s been a complete lack of trust, a destruction of trust in the media, and people don’t know where to turn for true information, they don’t trust the media anymore. And it’s a major problem.”

Kelly added, “We could have a little less crazy rhetoric from the White House, but it’s not going to change how divided we are here in America because Trump was the symptom of those divisions, not the cause of them.”

One year ago, Kelly appeared on HBO’s “Real Time with Bill Maher,” where she eviscerated the media, saying that the media was “broken.”

You know it’s true, right? The media is so messed up. It’s disheartening to me, and I’ve felt this way for a long time – not just since Trump. And I know Trump’s rhetoric is too strong – “enemy of the people” and all that, and I know why he says it. There [are] still amazing journalists out there doing great work, but the media is completely biased.

Later, Kelly added that the “liberal slant in the media” got worse once Trump took office:

Take CNN – he came in there and said, “CNN is completely biased to the left, they’re lefties, they’re completely against me,” and my take on it was in the beginning, he was wrong. CNN wasn’t that way. I used to watch CNN all the time when I was at Fox. When I was getting ready for the “Kelly File,” I’d have on CNN, and I’d watch a lot of their shows, and I liked a lot of the anchors over there.

However, suggested Kelly, CNN had become “the thing Trump said they were,” and was “indistinguishable from MSNBC.”

Megyn Kelly: Complete Lack Of Trust In Media: Also check out these topics at CNN or FOX News. Other sources may be New York Times, USA Today, the Washington Post or from the British angle, BBC, The Guardian, The Telegraph or Financial Times.

Led by Scandinavian bestselling author, Hanne Nabintu Herland, The Herland Report news and opinion website provides independent analysis from leading Western intellectuals and ground breaking YouTube interviews, cutting through the mainstream media rhetoric. It is a great place to watch interviews and read the articles of leading intellectuals, thought leaders, authors and activists from across the political spectrum. The Herland Report believes in freedom of speech and its editorial policy resides above the traditional Left vs Right paradigm which we believe has lost its relevance and ability to describe the current driving forces in Western politics.
Previous The Subversive, Silent Coup to Ensure Nothing Changes
Next German microbiologist: Shutdown grotesquely dangerous, collective suicide – Sucharit Bhakdi