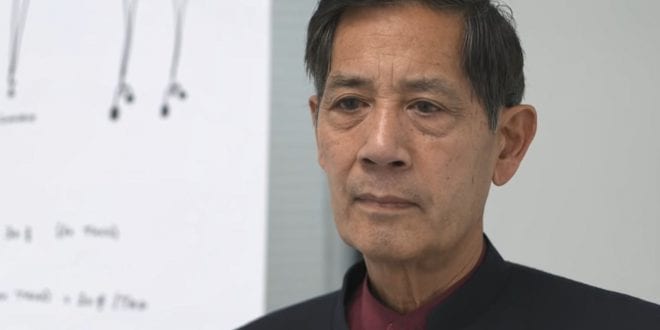 That the Western government shut downs is a completely wrong and extremely dangerous response to the Covid-19 virus. This article was first published on this site April 3rd, 2020.

Society shut down is grotesquely dangerous, collective suicide: Journalist asks: – Professor Sucharit Bhakdi, you are an infectious disease specialist, one of the most highly cited medical research scientists of Germany.

The Corona virus spreads fear over the whole world. A state of emergency imposes extreme restrictions. What are Corona viruses?

Dr. Bhakdi: – These viruses co-exist with humans and animals around the globe. The viruses are the cause of very common, minor diseases of the respiratory tract. Very often, infections remain subclinical without symptoms.

Severe cases occur almost exclusively in elderly patients with other underlying illnesses, in particular diseases of lung and heart.

However, a new member in on stage spreading fear around the world. Why? The new Covid-19 originated in China and spread rapidly. It appeared to be accompanied by an unexpectedly high number of deaths.

Alarming reports followed from northern Italy that concurred with the Chinese experience. It must, however, be pointed out that a large majority of other outbreaks, in other parts of the world, appeared to display lower “apparent” mortality rates. A such high number of 4-6 % were not reached there. For example, in South Korea, the “apparent” mortality rate was 1 %.

Dr. Bhakdi: – When patients concurrently have other illnesses, infectious agents must not be held solely responsible for a lethal outcome. This happened for Covid-19.

But such a conclusion is false and gives rise to the danger that other important factors are overlooked.

Different mortality rates may well be due to different local factors. For example, what does northern Italy have in common with China?

Horrific air pollution, the highest in the world. Northern Italy is the China of Europe. The lungs of inhabitants there have been chronically injured over decades. For this simple reason the situation may not be comparable to elsewhere.

Shutdown is grotesquely dangerous, collective suicide: Journalist: – What about Germany? The virus has also spread to us.

Dr. Bhakdi: – Yes, it is spreading in Germany. One most important consequence being that we now have sufficient data to gauge the true danger of the virus in our country, which is what the German experts and politicians have done.

Journalist: – The highest alert level has been proclaimed by politicians and experts and extreme preventive measures have been installed in the desperate attempt to hold back or diminish the spread of the virus.

Dr. Bhakdi: – Yes. This is the incredible tragedy, because all these adopted measures are actually senseless and meaningless.

Namely, the pressing questions are answered. The first one: Does the virus generally cause more serious illnesses also in young people and kill patients who have no concurring illness?

This would make them different from other, every day Corona viruses of the world. The answer is clearly: No. We have ten thousand infections reported (18.3.2020 in Germany). 99.5 % have no or only mild symptoms.

Society shutdown is grotesquely dangerous, collective suicide: Here, we already see that it is false and dangerous to talk about “ten thousand patients”. They are not seriously ill. “Infection” is not identical with “disease”. Of ten thousand infected people, only 50-60 were seriously ill.

And 30 died to the present day, in thirty days. So, we have a mortality rate of 1 Covid-19 positive case, pr day.

Up to now, the looming worst case scenario that must be prevented according to the authorities is that we would have one million cases and maybe 3000 deaths in a hundred days.

This would mean 30 deaths a day in average. The aim is to prevent this “worst case scenario”.

All current emergency measures aim to slow down the virus spread to save lives. But we are already looking at the worst case scenario with 30 deaths a day.

How many are not known, so let us just assume 1 %, which is surely too low. That would translate to 22 deaths a day. All these die every day.

The only difference is that we do not talk about “Corona deaths” on these Corona viruses. Because we know that these viruses are normally not the major cause of death.

So, what we are doing at the moment is to prevent that these 22 are replaced by 30 Covid-19 positive patients. This is what is happening.

We are afraid that one million infections with the new virus will lead to 30 deaths in average a day over the next hundred days. But we do not realize that 20 or 30 or 40 or 100 patients positive for normal Corona viruses are already dying every day.

To avoid that Covid-19 enters the scene instead of the other Corona viruses, extreme measures are installed.

Journalist: – So, what do you think about all these measures?

Dr. Bhakdi: – They are grotesque, absurd and very dangerous. Our elderly citizens have every right to make efforts not to belong the 2200 that daily embark on their last journey.

Social contact and social events, theatre and music, travel and holiday recreation, sports and hobbies etc. etc., all help to prolong their stay on earth.

The life expectancy of millions is now being shortened. The horrifying impact on world economy threatens the existence of countless people. The consequences on medical care are profound.

Already services to patients who are in need are reduced, operations cancelled, medical practices empty, hospital personnel dwindling. All this will impact profoundly on our whole society.

I can only say: All these measures are leading to self-destruction and collective suicide caused by fear.