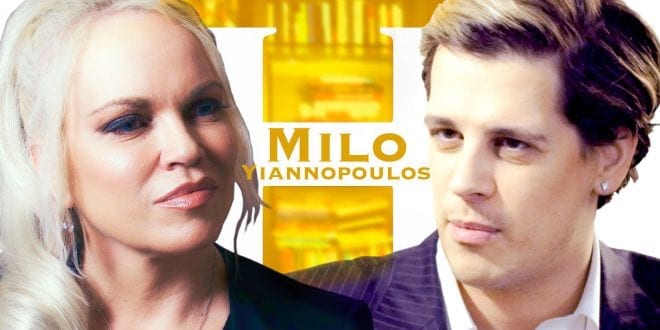 Milo has for years been an unusual intellectual with a provoking technique of fearless speech that has given him many enemies. He is also a New York Times bestselling author.

In this program, we address the deterioration of American values under the New Left.

The US used to be a melting pot, unified in a national identity regardless of race, ethnicity, class or creed.

The principle of equality was centerfold in the traditional, historical Western values, the very ideals that the woke movement now is abandoning.

As we now seem to return to the 1930s way of thinking race and dividing between us according to ethnicity, the very same authoritarian push that characterized that time in history has become even more prevalent today.

Milo argues that the aggressive, activist Left has used the first amendment to advocate for tyranny. They have used their right to free speech to advocate not for freedom, but for censorship in favor of politically correct elites.

“They have used their right to free speech, through the campus radicals in the 1960’s and 70’s, through the political correctness of the 90’s, and now social justice, the third wave Feminism, Black Lives matter of the 2010’s and inevitably 2020’s.”

“They’ve used their right to aggressively express themselves, not for freedom, but instead for censorship in favor of politically correct New Left elites.”

“The American Founders never intended for the First Amendment to be advocated for Tyranny, but you have the Left saying in the most extraordinarily brazen way and abusive way, when they come up with sentences such as “masculinity is so fragile” and “kill all white men”, – using their First Amendment rights to advocate for the silencing of groups that have fallen out of favor.”

“This is something that could never not been foreseen by the people that put America together. The state of the country as it now stands is that the First Amendment, supposedly the inalienable right for anyone to say, do and be whatever they want, is under threat like never before.” Watch the full interview here, first published in August, 2018.

New Left uses free speech to advocate for tyranny:  Hanne Nabintu Herland is a bestselling historian of religions and bestselling author. She is the founder and host of The Herland Report Scandinavian news site, TV channel on YouTube and Podcasts which have millions of readers/viewers.

This is a great place to watch interviews with leading intellectuals, thought leaders, authors and activists from across the political spectrum – free from political correctness.

Previous The Culture War: Atheists are small minority in ocean of believers
Next The Divided United States Domestic War: Attacks its own Population