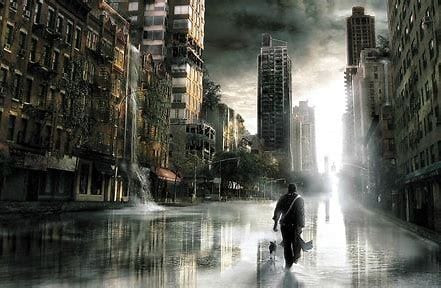 Herland Report: The Nasdaq stock exchange has told its listed companies that they must appoint to their boards a “self-identified” female and a lesbian or transgender or some other sexual deviant or be delisted from the stock exchange.

Think about this.  A stock exchange has no right to structure the corporate boards of the companies listed on the exchange, writes the leading political economist, Dr. Paul Craig Roberts, a regular contributor to The Herland Report.

That decision is for the boards and the shareholders of the companies.  It is none of Nasdaq’s business.

If a company’s shareholders and board think that having sexual deviants on their boards would improve the company’s performance, they can search out such people who might make a good board member.  But it is none of Nasdaq’s business.

Nasdaq: The Displacement of the Straight White Male: What Nasdaq is doing is imposing an ideology on corporations that normalizes sexual deviancy and that does so by forcing corporations to either waste shareholders’ money by expanding their boards or displacing a straight white male with a sexual deviant.

In other words, Nasdaq sees a normal heterosexual white male as less valuable to a corporation than a sexual deviant.

Nasdaq: The Displacement of the Straight White Male: If the SEC is silly enough to go along with Nasdaq, I suppose corporations could meet this requirement  by having two males self-identify as women.

As no one is permitted to challenge those who self-identify as the opposite sex, this is an easy way to respond to Nasdaq’s ridiculous assertion of power over corporations.

But there is a better solution. The corporations should just tell Nasdaq to go to Hell and form their own exchange or join some other exchange.  Who really needs Nasdaq in the digital age?

But this would take men with more balls than they have.

We can enjoy a laugh about this, but what we are witnessing is the ongoing displacement of white males since Alfred W. Blumrosen, compliance chief of the Equal Employment Opportunity Commisson (EEOC) violated the 1964 Civil Rights Act, which strictly prohibited racial quotas, and imposed racial quotas on America.

Blumrosen reasoned that he could get away with it because courts defer to the regulatory authority. What Franklin D. Roosevelt’s New Deal did was to turn legislation passed by Congress into an authorization bill for regulatory agencies to make the law.

Blumrosen understood this and used it to deny the protection of the 14th Amendment to white males. I and Lawrence Stratton explain the history and misuse of the Civil Rights Act in The New Color Line (1995).

As a joke Rep. Howard W. “Judge” Smith, (D, Va) added to the Civil Rights Act an amendment prohibiting discrimination on the basis of sex. Feminists jumped on this and got Smith’s joke  passed as part of the bill.

This gave Blumrosen two avenues for displacing white males in university admissions, employment and promotion.  At the time the normalization of homosexuality and the concept of transgender were in the distant future, but Judge Smith’s joke also gives preference to homosexuals and transgendered over straight white males.

Nasdaq: The Displacement of the Straight White Male: The consequence today is that blacks, women, and sexual deviants have legally enforced preferences over straight white males.  Nasdaq is simply doing today what Blumrosen did in the 1960s.

For more than a half century the position of American white males has been eroding. Today the husband often earns less than the wife and has less job security.  This diminishes his importance in the family and his self-esteem.

Identity Politics, the ideology of the Democrat Party and Nasdaq, further demeans him as a rascist misogynist victimizer.  In America, and throughout the disintergrating Western World, the white male is portrayed as an obstacle to social justice.

Few people comprehend that the protector of Western civilization is being eliminated. New generations are being born into a time when the orchestrated descent of the straight white male is in progress.

For them, the lowly position of the white male is normal. It is what they are born into. They know no different.

They have no idea of the past or of the consequences of what is happening. Women and preferred minorities become more and more aggressive and straight white men become accustomed to their second class status.  The young have never known any different.

As white males are almost eliminated as heros in movies and novels, have no champions,  and are no longer seen even in advertisements, they experience their discredited status as normal.

We now hear of young white males having identity problems and of rising suicide rates. The destruction of white male identity is what Alfred Blumrosen’s perversion of the 1964 Civil Rights Act achieved.