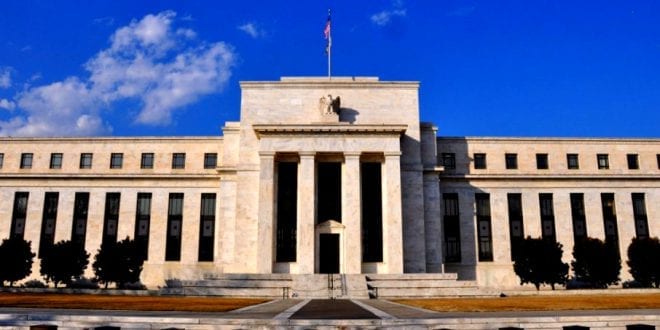 Bitcoin mania and the US Treasury control

Herland Report: When all Bitcoin issued equals the amount the Exchange Stabilization Fund allocates to itself for illicit operations, that gets attention. And since Bitcoin mania is extant, that $350Bn in bitcoin has grabbed everyone else’s attention too.

So when the ESF is aware that a slush fund exists almost equal to its own, why won’t the Treasury shut it down?

Bitcoin Disciples say protection against Central Bank intervention is a feature of bitcoin’s distributed technology, and to some extent that’s true, writes author Steve Brown, a regular contributor to The Herland Report.

But the exchanges are not distributed, they are finite operations with single points of failure. And the exchanges can be shutdown or have their access limited by the US Treasury. In 2017 the Treasury did just that, and forced the Bittrex exchange to seize bitcoin accounts based in Iran.

To this day, Bittrex, Coinbase, LocalCoins, and Binance exchanges do not accept accounts based in Iran. While Bitcoin proselytizers may not care, that disturbing precedent exists.

Bitcoin mania and the US Treasury control: Theoretically, a US Treasury shutdown of Bitcoin might make sense. The ‘dollar value’ of Bitcoin overall is small compared to US dollar market share; Bitcoin does not exist in the form of Federal Reserve Notes (FRN — or an unconverted digital equivalent); and presumably Bitcoin competes with the ESF slush fund. Then why wouldn’t the Fed/Treasury shut it down?

Since Bitcoin does not compete for dollar market share, the Treasury may consider BTC to be a useful adjunct to the ESF slush fund.

After all, BlackRock has implicitly said so. The take is that Bitcoin provides a repository for inflationary US dollars to Primary Dealers and others with billions to stash. What to do with a few billion? The commodity market is not an option when dollars are pulled out of market shares.

But the risk-on nature of Bitcoin is in holding volatile large amounts where the occasional exchange failure or limit on withdrawals adds to risk. (Mount Gox, OKEx, etc) But JPM’s own statement about Bitcoin provides insight that banks increasingly see Bitcoin as a tool to be used for their own slush funds.

There is good reason that the Fed/Treasury may accept Bitcoin’s opaque but distributed structure. Even though the ESF can engage in any financial transaction under any circumstance — such as indirectly supplying funds and weaponry to terrorists or color revolutions via the CIA or US intelligence agencies without oversight — the ESF still must provide a balance sheet to Congress every six months.

And what better option is there for the ESF than to have its own Treasury-managed slush fund enhanced by a black ops operational slush fund like Bitcoin? And what better place to stash or lose those inflationary dollars than Bitcoin?

The Treasury may wish to blow up dollars there, instead of on a battlefield or pointless inflationary government contract as the US government is wont to do. After all, despite the volatility, BTC funds will be available later.

Point being that the Treasury may not see Bitcoin as a competitor at all, but as an accomplice slush fund to its own (ESF) slush fund.

That becomes an issue for the Treasury when Bitcoin is used to evade the Treasury’s own weaponization of the US dollar, or when Bitcoin and crypto currency in general compete seriously with the USD. We haven’t reached that point yet. However there are warning signs ahead.

Based on recent developments in Russia and China, with their own cyber-currencies, payments in BTC will be banned but trading in Bitcoin will be allowed.

Bitcoin mania: In other words, an individual may not transact purchases with BTC, but can buy and sell BTC only. Paypal already operates this system in the US, however Paypal states that it will allow payment transactions in BTC in 2021. And no doubt Central Governments will enforce a cashless society soon, at least in the G20 nations, via their own crypto-currency.

In 2009, Bitcoin’s original intent was to avoid central bank controls via a distributed network with no single point of failure, even if the individual exchanges could be taken down.

Now that nation states are competing to setup their own crypto-currencies, they must inevitably confront that crypto-competition eventually. Being a particular issue for the Fed/Treasury and SEC, which will take a large and dim view for example of Paypal, allowing BTC for transaction of purchases.

As these State systems evolve, this author predicts that BTC will be challenged as a payment system – probably through its exchanges — while the BTC distributed network continues on as a speculative vehicle. We shall see, and at what time the tulip bulbs begin to rot is anyone’s guess…

John Steve Brown is the author of “Iraq: the Road to War”, editor of “Bush Administration War Crimes in Iraq”, “Trump’s Limited Hangout” and “Federal Reserve: Out-sourcing the Monetary System to the Money Trust Oligarchs Since 1913”; Steve is an antiwar activist, a published scholar on the US monetary system, and has appeared as guest contributor to The Duran, Fort Russ News, Strategika51, Herland Report, and the Ron Paul Institute.
Twitter: @newsypaperz

Previous Nasdaq: The Displacement of the Straight White Male
Next Edmund Burke Modern Conservatism, respect for the Nation State, WND